PALO ALTO, Calif. - A Taiwanese crewmember injured in a fall aboard a container ship about six miles from the Bay Area was airlifted Friday night to a hospital, the U.S. Coast Guard said.

The 32-year-old man had fallen and hit his head on the radar mast aboard the Yang Ming Unanimity, a 1092-foot container ship that was sailing to Japan, according to the Coast Guard.

A Coast Guard MH-65 Dolphin helicopter lowered a rescue basket and rescue swimmer, and then hoisted the injured man aboard and took him to Stanford University Medical Center in Palo Alto.

The man is listed in stable condition, the Coast Guard said Saturday. 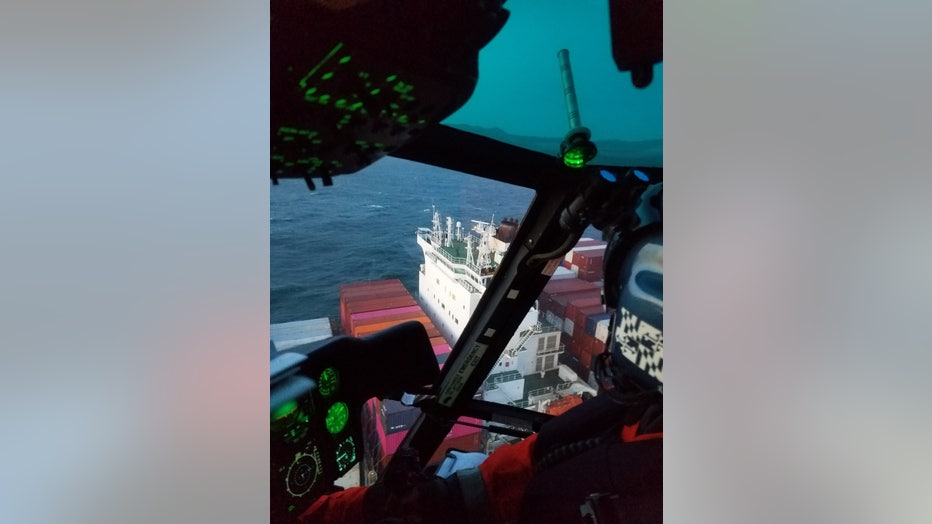