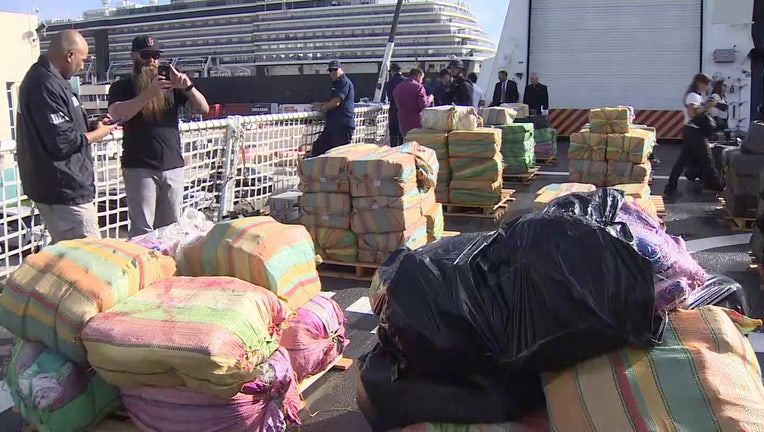 FORT LAUDERDALE, Fla. - The US Coast Guard offloaded more than $500 million worth of cocaine and marijuana in South Florida on Monday.

The crew of the Coast Guard Cutter Hamilton brought 26,250 pounds of cocaine and 3,700 pounds of marijuana to Port Everglades in Fort Lauderdale -- the largest drug interdiction in the ship's history.

Officials said the drugs have a street value of approximately $504 million.

The Coast Guard seized the contraband from drug traffickers during multiple interdictions at sea in the Caribbean and eastern Pacific Ocean.

"I could not be prouder of this crew and their determination to keeping more than 26,000 pounds of cocaine from reaching the shores of Central and North America," said Capt. Matthew Brown, commanding officer Coast Guard Cutter Hamilton.

Officials said multiple agencies, including Homeland Security, the Department of Justice and the Drug Enforcement Administration worked together on the drug bust.