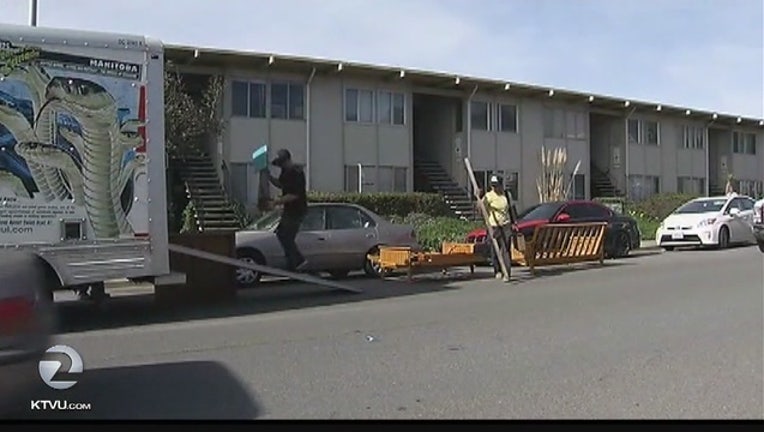 PACIFICA (BCN) The owners of a beachfront apartment complex at the top of an eroding bluff in Pacifica have been hit with a $1.45 million penalty by the California Coastal Commission for unauthorized construction and blocking access to a public beach.

It's the largest monetary penalty in Northern California in the history of the agency.

After a series of heavy weather and high tide events, a stairwell leading from the area around 100 and 101 Esplanade Ave. down to Pacific Manor Beach collapsed at the end of 2016, according to the owners, Lands End LLC.

Nearby apartments at 310 Esplanade Ave., which also sat at the edge of the bluff, had to be demolished by the city in January 2017 as a matter of public safety.

Commission staff members said that tides and weather were factors, but the stairwell was not properly constructed and Lands End failed to maintain the stairwell or monitor its structural integrity.

Moreover, when Lands End began repair work, they undertook grading and trenching, blocked public access to the beach and placed heavy equipment and large boulders on the beach - all without the authorization necessary to do so. They also failed to adequately communicate their plans to the
commission.

But commission staff said Lands End has been "very cooperative" after receiving a notice of intent to issue a cease and desist order. Since then, the property owners have taken steps to resolve the violation and they agreed to the settlement in March, according to commission staff.

Pacific Manor Beach sits 100 feet down the bluff - and the stairwell in question was the only developed coastal access for roughly 1.2 miles to the north and 1.7 miles to the south, according to the commission.

There's a difficult trail, informal trail that provides some access one-half mile to the south - but the stairwell was "essentially the only developed access area to this beach," which is nearly a mile long,
according to the commission.