Mountain View police say they've solved a cold case from 2004. It was a sexual assault that had generated no new leads until last month. That's when testing of old rape kits in Albuquerque led to a DNA match and a break in the case.

MOUNTAIN VIEW, Calif. - A New Mexico man has been arrested in connection with a 2004 sexual assault case at a Mountain View motel that linked back to DNA evidence left on a pillow left behind 15 years ago, police announced on Friday.

Van Overton, Jr., a 45-year-old Albuquerque, was extradited back to California and booked Tuesday into the Santa Clara County Jail.

His arrest came after Mountain View detectives learned in late January that DNA from a 1997 case out of Albuquerque matched DNA that had been recovered on a pillow during an investigation involving the sexual assault of a woman at the former Lucky U Motel in February 2004, Mountain View police said. Police said Overton was in the Bay Area for a few years during that time.

Back then, Mountain View police went to the now-defunct motel on the 100 block of Fairchild Drive to help a woman who had been attacked in her room in the early morning hours. 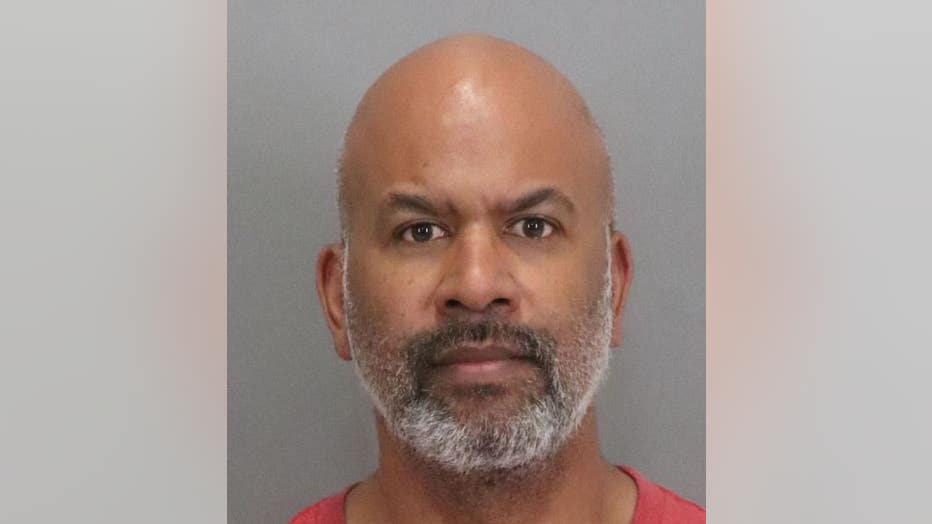 The woman, who was 42 years old at the time, told officers how the suspect had somehow gotten into her room and had proceeded to sexually assault her for nearly half an hour before leaving, police said.

No suspect was ever found.

But, during the initial investigation, the woman told Mountain View police that they could find DNA from the suspect on her motel pillow.

That evidence was collected and submitted for testing.

Over the course of the next 16 years, Mountain View police said they stayed in contact with the woman.

DNA was submitted over the years for additional testing, and, when there was a match to an unknown suspect in the Mountain View case as well as in a case out of Albuquerque in late January investigators with both departments began to work together to identify the suspect, police said.

According to the results, when comparing the DNA from the New Mexico case and the Mountain View case, the probability that the suspect was one in the same was so high, there was only a “1 in 8.2 quadrillion chance” it could potentially be someone else, Mountain View police said.

Initially, the investigation took authorities to a potential suspect in Tucson, Arizona. When that was definitively ruled out, however, investigators with the Tuscon Police Department assisted Mountain View police with additional follow-ups, leading to Albuquerque where Overton lives.

Albuquerque police obtained a DNA sample from Overton on Feb. 7, which was handed over to Mountain View officers.

“The teamwork on this case was incredible,” said Capt. Jessica Nowaski, who was the original detective assigned to the case back in 2004. “We never gave up on working to bring justice to the victim.”

Van Overton, Jr. was arrested on various sexual assault charges, including forced oral copulation and burglary with the intention to commit rape. He was arraigned in Santa Clara County Superior Court on Thursday.

He is being held without bail. Anyone with more information can call Detective Matt Atkins at matthew.atkins@mountainview.gov.