Snow in the Sierra

Snow fell throughout California over the weekend.

OAKLAND, Calif. - After months of searing temps and wildfires, a cold snap has finally arrived in California.

Back-to-back weekend storms on Friday and Sunday brought chilly temperatures, rain and snow to much of the state after months of hot weather that fueled enormous wildfires.

Case in point: A total of 18 inches of snow even blanketed Sierra-at-Tahoe ski resort, followed by 10 inches at Sugar Bowl over the weekend, prompting a travel advisory throughout the Sierra Nevada.

Daytime temperatures dipped to the high 50s and freeze warnings and frost advisories were issued for some inland valleys during overnight hours. 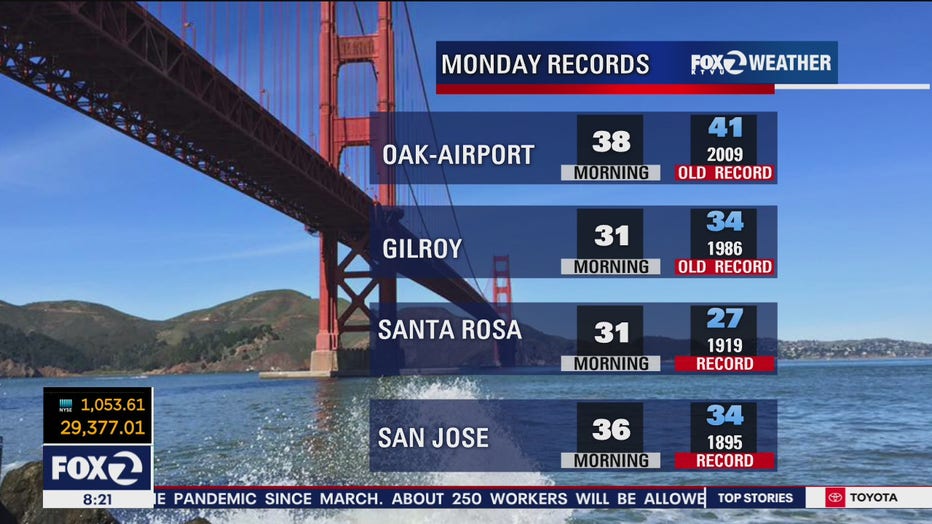 Southern California was nippy, too.

Several inches of snow fell in mountains east of Los Angeles, where tire chains were required and a winter storm warning was in effect through 10 p.m. Sunday. Gusty winds were predicted throughout the region until early Monday.

Downtown Los Angeles was drying out after receiving 0.11 inches of rain on Saturday, breaking a streak of 172 days with no measurable precipitation, according to the National Weather Service.

The Los Angeles County Department of Public Health warned swimmers and surfers to avoid the ocean near discharging storm drains, creeks and rivers because the water is likely to be contaminated by bacteria, chemicals, debris and trash. The advisory was in effect through Tuesday morning but could be extended, officials warned. 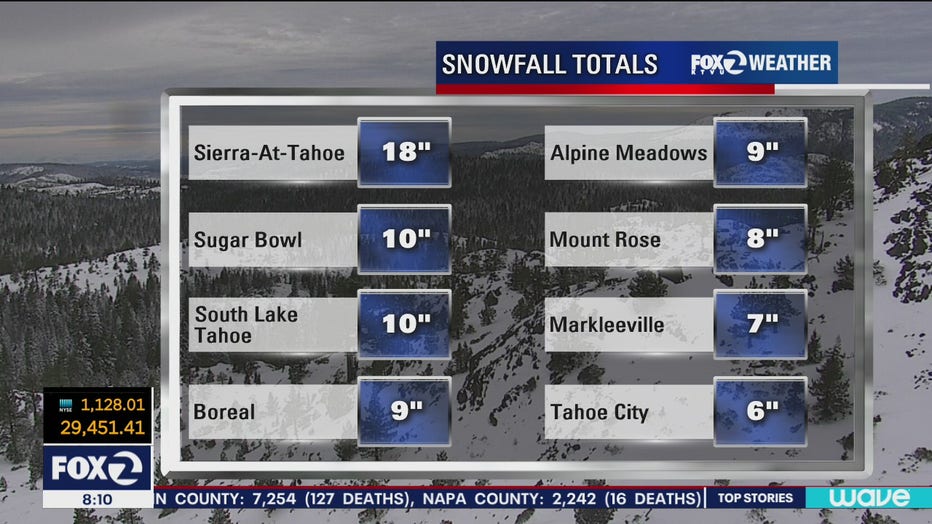