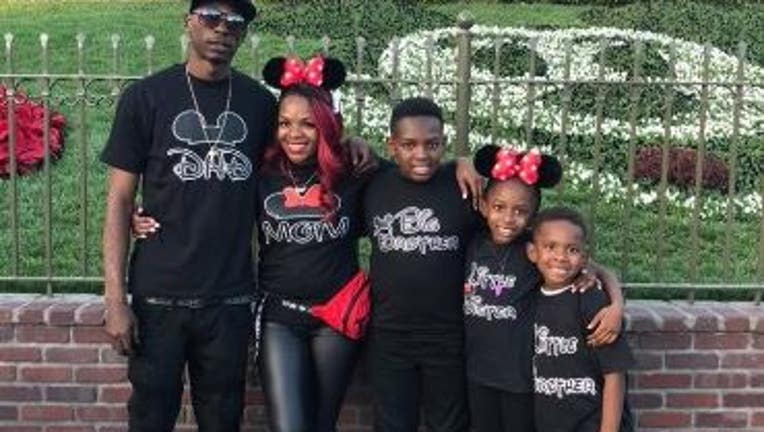 OAKLAND, Calif. - The community is now pitching in to help the young family of an East Bay football coach who was shot and killed near his apartment building in Oakland last week.

“DeAndre was an incredibly kind and dedicated husband, father, and coach,” the fundraiser stated. “In his memory, the Green family has requested donations toward the children's college funds.”

The 34-year-old Green was shot Friday about 3 p.m. on 1700 block of 14th Street and died later at the Iron Horse apartment complex on 14th Street where he lived.

Green worked as the the co-offensive coordinator of the Contra Costa College Comets football team and as a counselor at Castlemont High School, where he worked with at-risk and special education students.

He was also a part-time football coach at Oakland Technical High. And he had previously coached at Contra Costa College in San Pablo, where he was a star wide receiver.

DeAndre Green, 34, was wounded in a shooting reported at 3:05 p.m. Friday in the 1700 block of 14th Street, near Pullman Way. He was later pronounced dead at the scene.

Elvin Brown, a retired Navy veteran who in a unit above Green’s, said he watched some of the tragedy unfold.

Brown told KTVU that he watched as Green ran into his apartment bleeding.

Green graduated from De Anza High in Richmond and also played and coached at both Contra Costa College and Montana State University, where he earned a sociology degree.

Oakland police did not immediately respond to a request seeking the dispatch log of that day. Instead, a spokesperson referred KTVU's request to the public records department.

According to the East Bay Times, Green was known to purchase everything from mattresses to football cleats for his students. At the time of his death, he was a deacon at Miller’s church, Humanity Baptist Church in North Oakland, the newspaper reported.

“In everything, he came last,” his nephew, Pastor Phil Miller told the newspaper. “He never put himself first.”

Police and Crime Stoppers of Oakland are offering up to $10,000 in reward money for information leading to the arrest of the shooter. Anyone with information may call police at 510-238-3821 or Crime Stoppers at 510-777-8572. If you’re interested in contributing to his family, click here.