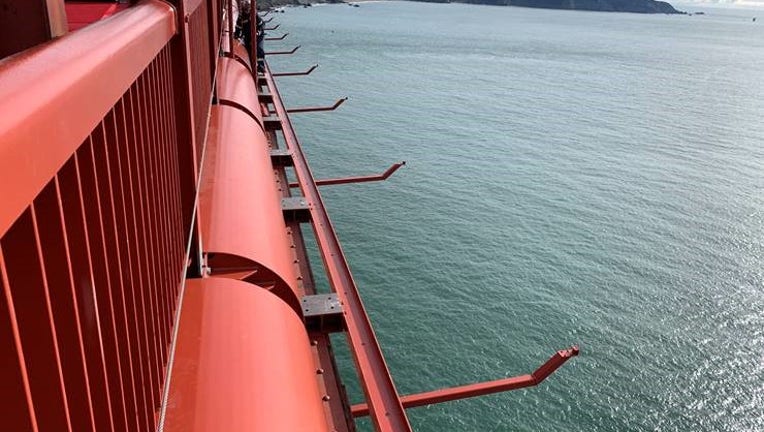 The change will take effect April 5 as crews continue constructing the net. Construction materials will be stored on the sidewalk between the bridge railing and barriers on the sidewalk. Crews will also have access to that area.

Bridge district officials said the sidewalk will remain open during regular hours and they encourage pedestrians and bicyclists to be cautious navigating the narrower parts. 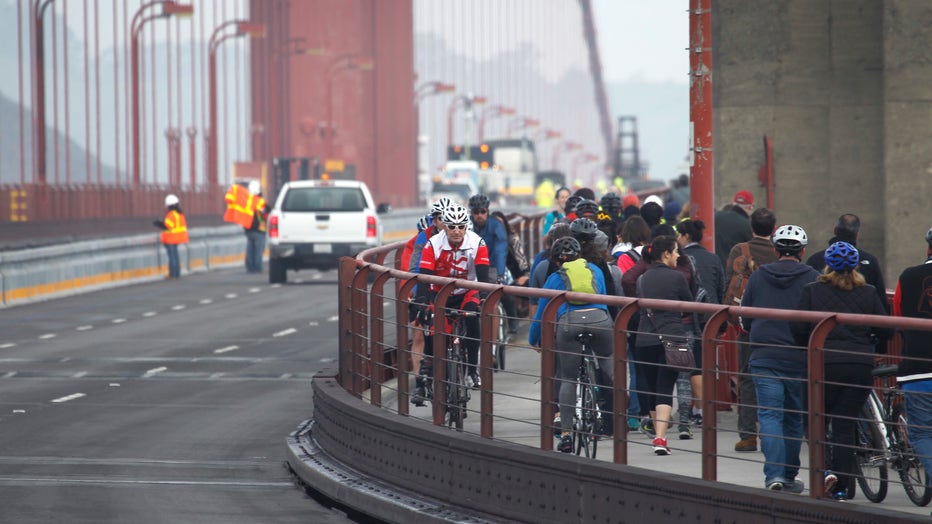 Bicyclists and pedestirans crowd the sidewalk while a road crew installs the movable median barrier on the Golden Gate Bridge in San Francisco, Calif. on Saturday, Jan 10, 2015. The span is scheduled to reopen at 4 a.m. Monday once the work is comple

"(The sidewalk) may be a little more congested," Paolo Cosulich-Schwartz, spokesman for the bridge district, said.

Flaggers will be placed at each end of the work areas to remind people to be cautious.

Similar work on the net is being done on the westside of the bridge. 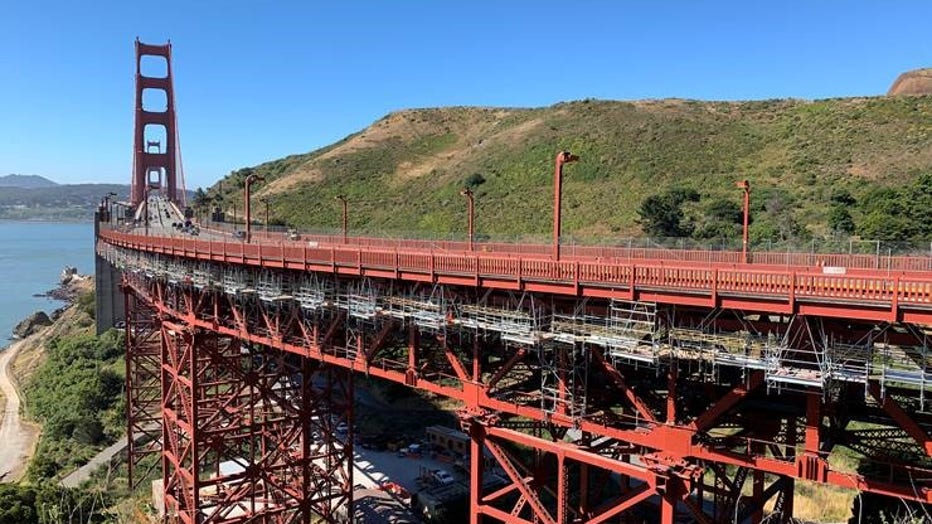 Until installation is complete, crews will need access to the eastside sidewalk, according to bridge district officials. But the size of the areas that crews will need will vary depending on the work being done.

Fewer people have been visiting the bridge since the COVID-19 pandemic shelter-in-place orders went into effect in the Bay Area. Signs are up to encourage visitors to maintain social distancing and wear masks.

The suicide deterrent net is being built to prevent people from jumping off the bridge. Thirty people kill themselves by leaping from the span each year on average and many more are stopped before they do. The net will extend 20 feet from the edge of the bridge and be 20 feet below the sidewalk. 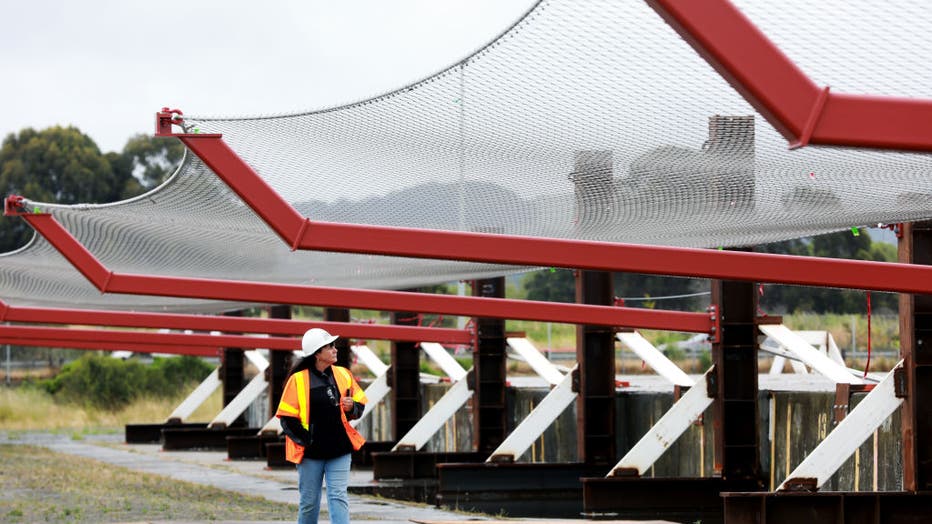 Dayna Whitmer walks beneath a suicide deterrent system net at the Richmond Yard in Richmond, Calif., on Thursday, May 16, 2019. Her son, Mattie, who at the age of 20, jumped from the Golden Gate Bridge on November 15, 2017. His body was never recover