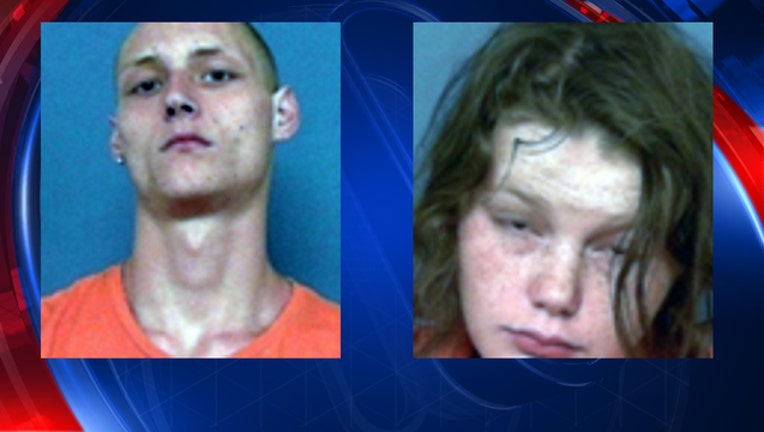 MAGNOLIA, Ark. - Police in Arkansas arrested a couple after investigators said a 15-day-old child was bitten at least 100 times by rats.

Erica Michelle Shryock, 19, and Charles Elliott, 18, have both been charged with endangering the welfare of a minor. According to a probable cause affidavit filed by the Columbia County Sheriff’s Office, investigators were called to the Magnolia Regional Medical Center after the child was brought in for treatment on Sunday morning.

Shryock told investigators she woke up that morning around 7:30 a.m. after falling asleep just two hours earlier. She heard the infant screaming and told investigators she thought the child needed to be fed. Instead, she said she found the child covered in blood. She told deputies the couple knew rodents were a problem, but did not do anything about it.

Elliott's mother told investigators the couple was scared to take the child to the hospital because they were worried the child would be taken away from them.

Investigators searched the couple's home and found blood in the infant's crib, bloody rat prints, and rodent droppings on a nearby table.

Neighbors told investigators they had heard the child screaming for a couple hours. A doctor at Arkansas Children's Hospital said the bites would have had to happen over a period of several hours, according to the affidavit.

Doctors said the child will have to go through some reconstructive surgeries, but is expected to survive.

Shryock and Elliott are being held without bond.