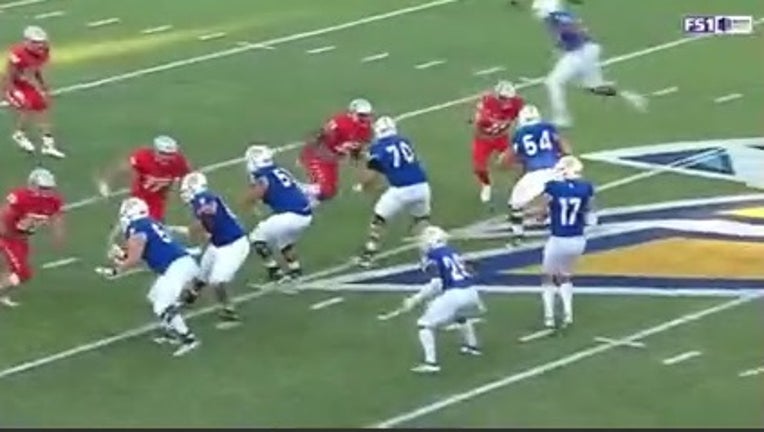 Saturday's highly-anticipated football game between San Jose State and Boise State has been canceled, due to COVID-19.

Boise State confirmed to the Idaho Statesman newspaper, that the team had five players test positive for the virus, and four other players were ruled out because of contact tracing.

Boise State did not have 14 players for the Nov. 12 game against Colorado State, and 12 players last week against Hawaii for coronavirus-related reasons, but still played those games.

The game was supposed to be played at Albertsons Stadium in Boise at 1 p.m. PST, but was called off less than 5 hours before kickoff.

The game is now canceled and declared a no contest.

San Jose State is undefeated at 4-0, and off to one of the school's best starts.

But the coronavirus has now led to the cancellations of back-to-back games.

Last week's game against Fresno State was also canceled, because the Bulldogs did not have enough eligible players.

The battle against Boise State had added significance, because the Mountain West Conference game was scheduled to air nationwide on FOX, and in the Bay Area on KTVU FOX 2 at 1 p.m..

Local progamming will now be shown in its place.