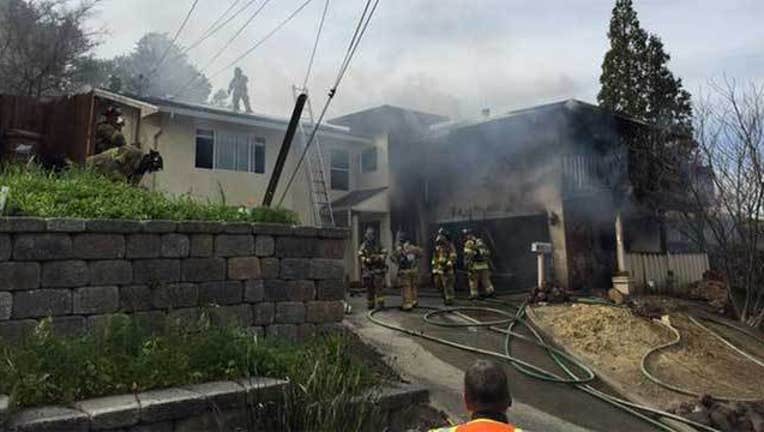 The fire in the 700 block of Ulfinian Way was reported at 1:10 p.m., according to a Contra Costa County Fire Protection District dispatcher.

Arriving crews found heavy smoke and flames coming from the single-family home when they arrived.

The fire was controlled by 1:46 p.m., according to the fire department. No injuries were reported.