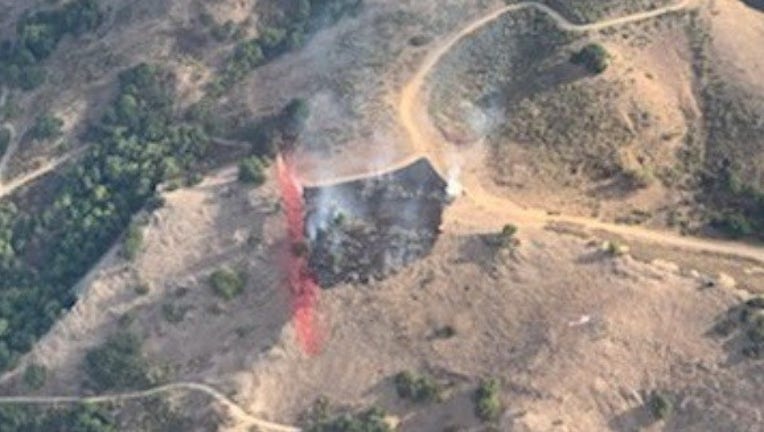 The fire was reported at about 4 p.m. on a ridge within the park, about a mile south of the U.S. Highway 101/state Highway 85 interchange. It was first reported about 4 p.m. Saturday, and had burned about four acres as of 5 p.m.

No injuries have been reported, and there are no reports of the flames threatening structures, Cal Fire said.