Fire in Gilroy grows to 600 acres

Video courtesy of Timothy Avila via the KTVU Weather App.

The public is being asked to avoid the area near Crews Road east of Gilroy, which has since spread eastward to the Canada Road area.

The fire is advancing at a moderate rate, according to Cal Fire, which said two structures have burned and others are threatened.

The fire was first reported at about 2:45 p.m. Sunday. 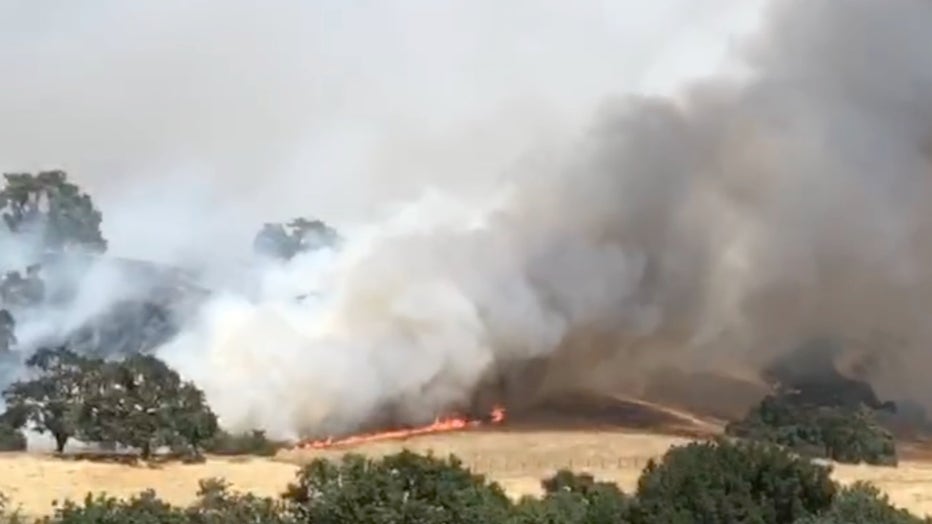