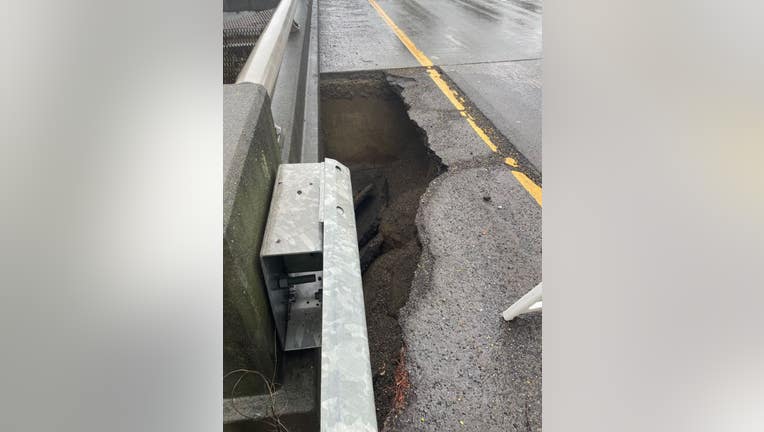 Caltrans crews on Friday responded to a sinkhole along a highway in Sonoma County.

SANTA ROSA, Calif. - A sinkhole opened up on Highway 12 in Sonoma County Friday, which forced Caltrans crews to reduce traffic along the road.

The sinkhole formed on the westbound side of the highway at Dutton Ave, near Santa Rosa, according to Caltrans District 4.

Traffic along the highway was reduced to one lane so Caltrans workers could backfill the hole.

The agency advised motorists that the lane closure will be in place until 9 a.m. Saturday.