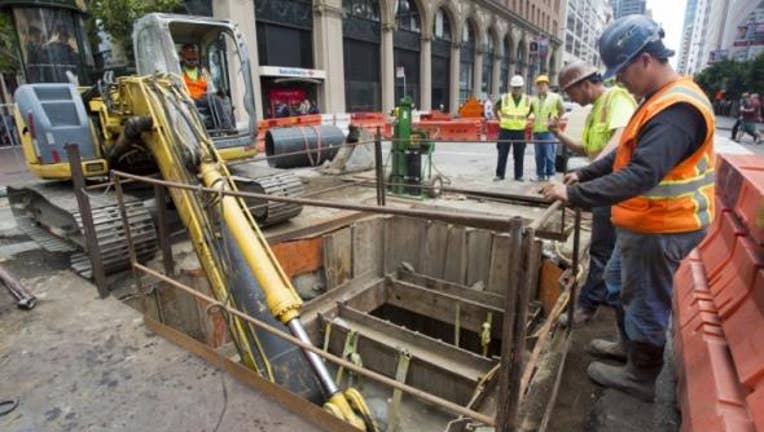 During the Force Main Rehabilitation at Embarcadero and Jackson
Improvements Project, which is expected to continue through Winter 2021, workers will upgrade a pressurized sewer pipeline that transports wastewater in northern San Francisco to the Southeast Treatment Plant in the city's Bayview neighborhood. The North Shore Force Main serves 350,000 customers,
SFPUC officials said.

According to the commission, the main required emergency repairs in 2008 and 2012, and it is near the end of its life.

The work will result in traffic lane closures on The Embarcadero
between Broadway and Washington Street, and pedestrians will be rerouted across the street at Broadway, while bicyclists will share the automatic traffic lane for a short portion of The Embarcadero.

The work won't affect sewer service in the area.

The project is part of the SFPUC's Sewer System Improvement
Program, a multibillion-dollar investment to ensure the city's sewers are reliable and safe.

Updates on the project can be found at www.sfwater.org/FMEJ.