Arrest made in murder of Michaela Garecht 32 years later

HAYWARD, Calif. - A man has been arrested and charged with murder in the 1988 kidnapping of 9-year-old Michaela Garecht, who vanished from a supermarket parking lot more than three decades ago.

David Misch, 59, a convicted killer already held by Fremont police and charged in the 1986 slayings of two women, has now also been charged by the Alameda County District Attorney in Michaela's case.

Court records show that he has been charged with murder with special circumstances, which means he could face the death penalty. Misch is being held at Santa Rita Jail.

"This is a tragic story that gripped the Bay Area for decades," said Hayward Police Chief Toney Chaplin.

Chaplin read an emotional statement from her mother, Sharon Murch, who now lives in Iowa.

"I honestly feel lost in the dark," Murch wrote. She said she always wanted to know the truth about her daughter and she said she was glad she has some answers now.

"He is a monster," Murch said about Misch. "Seriously what drives a human being to do something like this? What even enables him to?"

"There are no words that can adequately describe a kidnapped child, especially if that child is never found," Alameda County District Attorney Nancy O'Malley said, adding that the parents' pain is "indescribable."

The FBI said that at the time an unknown man abducted Michaela from the parking lot of the Rainbow Market in Hayward on the morning of Nov. 19, 1988. 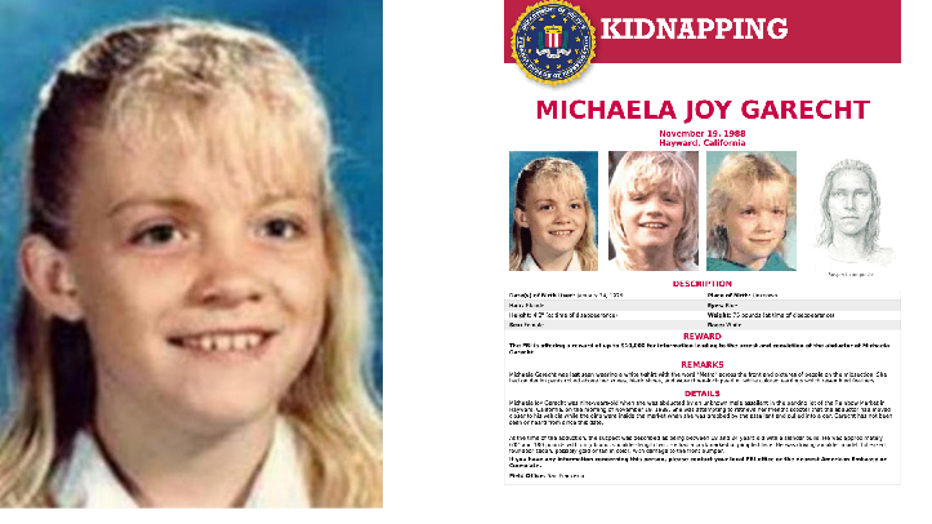 She was trying to retrieve her friend's scooter that the suspect had moved closer to his car while she and her friend were inside the market. That's when the suspect grabbed her and pulled her into his car, the FBI said.

At the time of the abduction, the suspect was described as being between 18 and 24 years old with a slender build. Misch would have been in his mid-20s at the time.

The suspect was also described as approximately 6'0" and 180 pounds with dirty blond, shoulder-length hair. He had a pockmarked or pimpled face. He was driving an older model, full-sized four-door sedan, possibly gold or tan in color, with damage to the front bumper.

Misch was connected to the crime though DNA evidence. Authorities said his fingerprints matched those that were on Michaela's scooter.

She has not been seen or heard from since this date. Her disappearance drew national attention, her photo was featured on milk cartons; her story told on  "America’s Most Wanted."

After the 2009 discovery of Jaycee Dugard, who had been kidnapped and held captive in Antioch by Phillip and Nancy Garrido for nearly two decades, there was renewed interest in Michaela's case.

Misch is well-known to police and convicted of at least three homicides.

In 2018, Misch was charged with the Fremont homicides of two best friends -- 18-year-old Michelle Xavier, and 20-year-old Jennifer Duey.

The friends had attended a birthday party for a family member earlier in the evening. They were last seen around 8 p.m. at a convenience store in the area of Farwell Drive and Mowry Avenue.

In addition to the Fremont pair, Misch also was convicted and sentenced to 18 years to life for a 1989 homicide that occurred in Alameda County.

For now, Michaela's mom is left wishing she could have done more for her daughter.

"I am so so so sorry baby girl," she wrote. "I feel as though I let you down in a million ways. I was listening to Rescue by Lauren Daigle yesterday. This has been my song for you, and I broke down because I had not been able to rescue you, because I had never ever been able to rescue you. I wonder if God can rescue me? I am trying to hold onto what has kept me going for awhile now, and that is that I know you are a bright and shining light. You were a light to all who knew you when you were here in the world, and you have been a light even to strangers beyond number since you have been gone. I will, we will, try to keep that light shining for you.

I love you forever, baby girl. Rest well. I have some things to do here yet, but I will see you in the not terribly distant future." 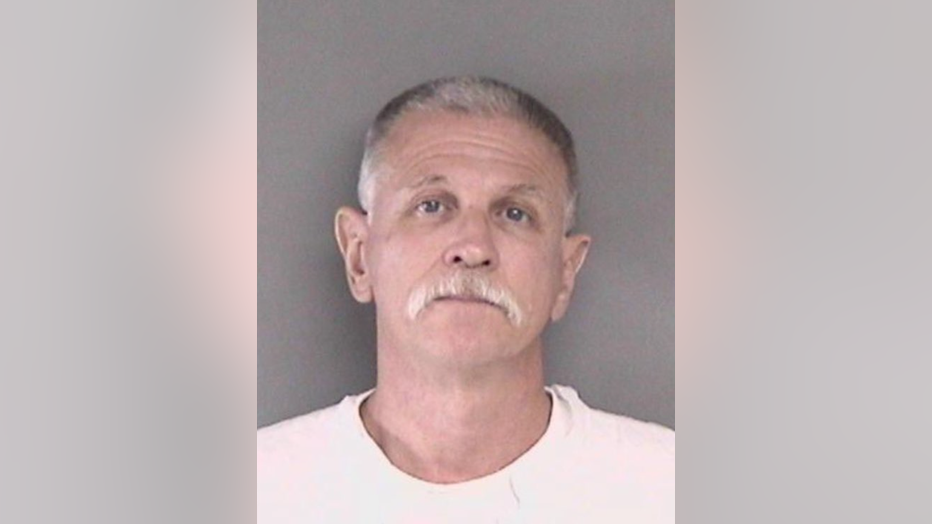 David Misch, 59, the man already held in connection with the slayings of two women in 1986 has been charged with the murder and kidnapping of 9-year-old Michaela Garecht in 1988.