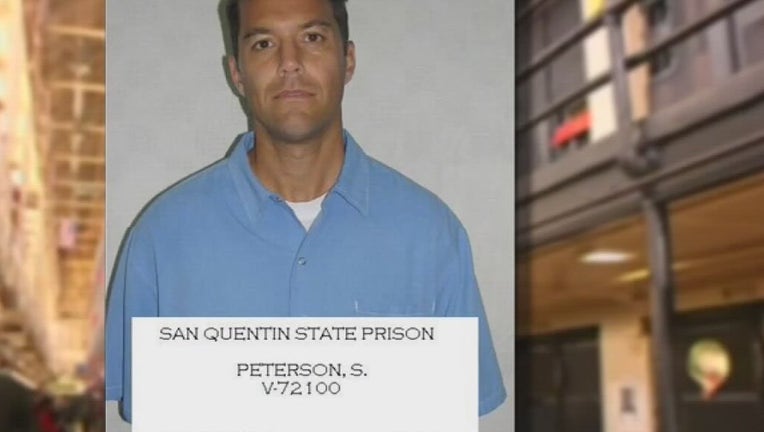 SACRAMENTO, Calif. - A California district attorney said in a court filing Friday that she won't seek a new death sentence against Scott Peterson, convicted in 2005 of murdering his pregnant wife.

The Stanislaus County district attorney's office said it would drop efforts to restore the penalty thrown out last year by the state Supreme Court. The DA said the decision was made in consultation with Laci Peterson's family.

The California justices ruled the death sentence couldn't stand because potential jurors were excluded after saying they disagreed with the death penalty.

The family has "no doubt" Peterson killed his wife and unborn son Conner and deserves the death penalty but doesn't want to pursue that punishment because "this process is simply too painful to endure once again," District Attorney Birgit Fladager said her filing in San Mateo Superior Court.

Peterson was convicted in the San Mateo court after his trial was moved from Stanislaus County due to the massive pre-trial publicity that followed the Christmas Eve 2002 disappearance of 27-year-old Laci, who was eight months pregnant.

Investigators say Peterson took the bodies from their Modesto home and dumped them from his fishing boat into San Francisco Bay, where they surfaced months later.

Peterson maintains his innocence and a judge is considering whether to grant a new trial because of juror misconduct. If no new trial is granted, he will be sentenced to life imprisonment.

One of Peterson's attorneys said the announcement is not a precursor to a plea deal and that his client will seek a new trial if a judge decides his first one was tainted by juror misconduct.

Superior Court Judge Anne-Christine Massullo said she hopes to make a decision this year whether Peterson merits a new trial.

It's not clear if prosecutors could again seek the death penalty if there is a new trial and he was again convicted, said defense attorney Pat Harris, who is handling the death sentence portion of the case.

A different attorney, Andras Farkas, is representing Peterson on the issue of whether he gets a new trial. Farkas did not respond to an email requesting comment.

That could be cleared up at what was supposed to be procedural hearing on Tuesday, he said.

Harris noted that prosecutors had earlier said the family supported again seeking the death penalty, and contended that their new motion is a gambit to avoid a new airing of the case.

"The truth of the matter is they have determined ... that the handwriting is on the wall and if we go back to trial we're going to prove Scott's innocence," he said.

He said he can prove that there was a nearby burglary the day Peterson disappeared, aiding the defense's contention that someone else killed her when she stumbled upon the crime.

If prosecutors were to proceed with a new penalty phase, they would essentially have to retry the entire case before a new jury -- so that new evidence would come out even if jurors could not acquit him and could only recommend a sentence of death or life in prison, he said.

"The truth will have come out. Bottom line is people will know what happened" even if he doesn't receive a new trial on his guilt or innocence, Harris said.