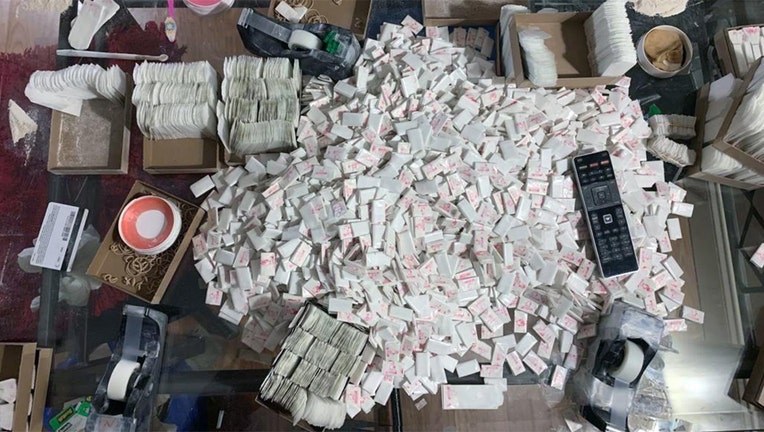 The Ridgewood location had 39 kilograms of suspected heroin, with an estimated street value of $12 million, 1,000 fentanyl pills, and $200,000 cash.

Luis Martinez is accused of overseeing the operation inside his Forest Avenue apartment.

Investigators were conducting surveillance when they say Martinez left the building carrying a backpack. Agents stopped him and say that the bag allegedly contained approximately $200,000.

Authorities say they found the women in the apartment and a bedroom set up for heroin packaging.

Agents and officers found 31 pressed, brick-shaped packages wrapped in duct tape, each allegedly containing a kilogram of heroin, and an additional six kilograms of loose powder inside plastic containers and zip-lock style bags. 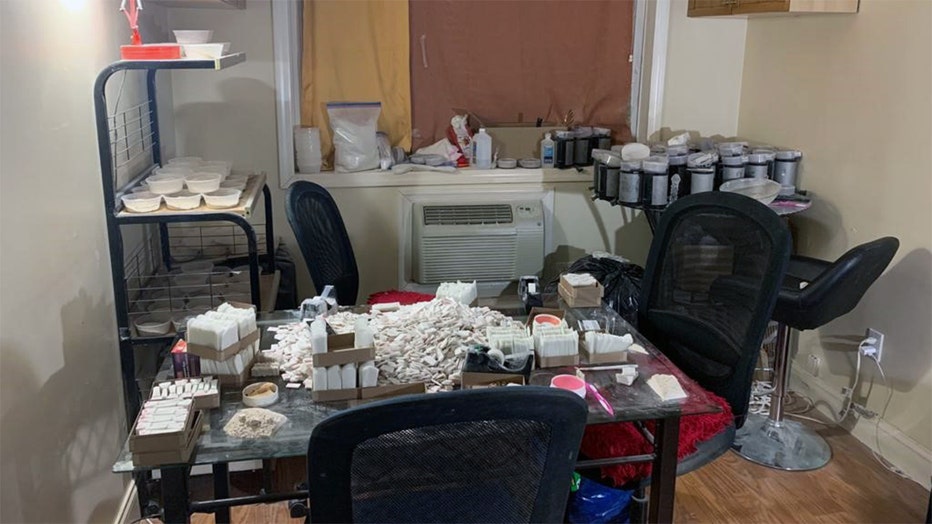 Approximately 100,000 individual dose glassine envelopes filled with heroin, as well as empty envelopes and stamps were found on a table. 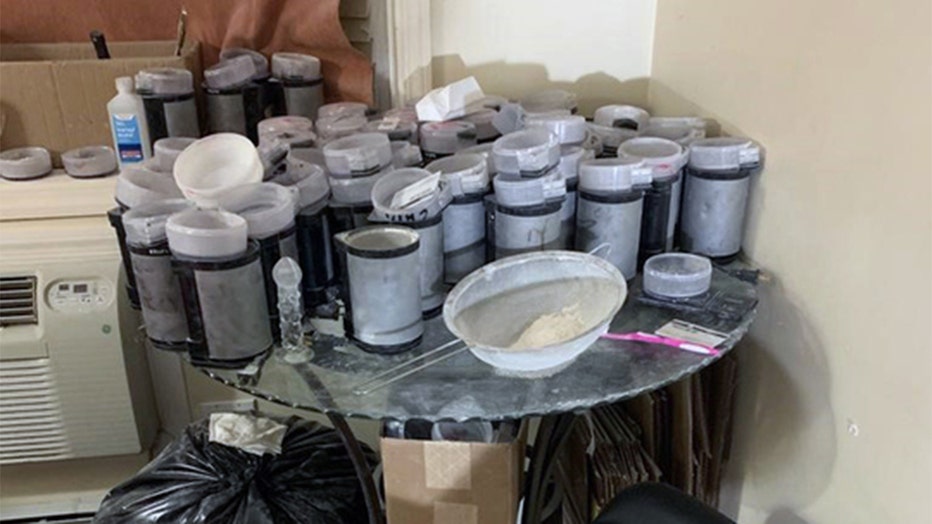 Digital scales, sifters, and grinders were also in the bedroom.

More than 26 mobile phones and mail addressed to Martinez were also recovered from the apartment.

"Monday evening, we dismantled a highly sophisticated heroin mill in the heart of Queens," said DEA Special Agent in Charge Ray Donovan.  "This drug den contained nearly $12 million dollars’ worth of narcotics and was like an opioid landmine capable of dispersing hundreds of thousands of heroin doses throughout Northeast."

The DEA released photographs of the operation. 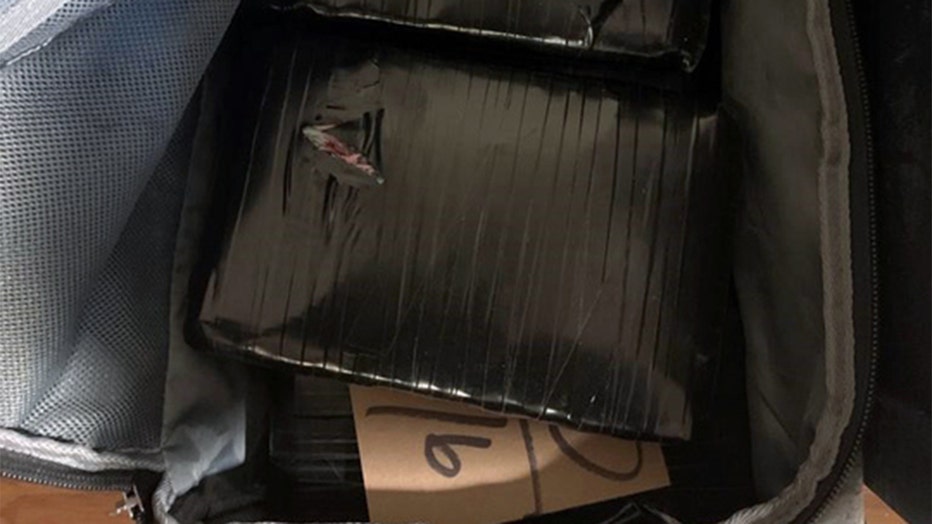