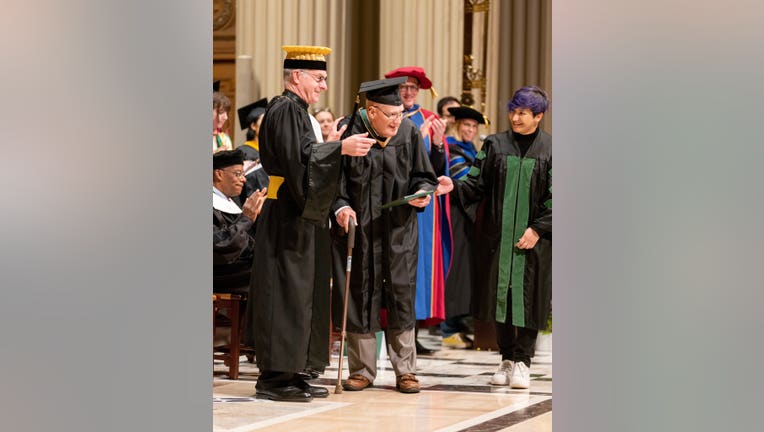 SAN FRANCISCO - It’s been an extra special holiday season for an 85-year-old San Francisco native who finally got to walk across the stage to officially collect his college diploma at the University of San Francisco (USF) some 67 years after he began his college journey.

On Friday, Charles Lyden Murphy Sr., a third generation San Franciscan, donned cap and gown and was handed his bachelor of business administration certificate at St. Ignatius Church on the USF campus. The moment with celebrated with loud applause and a huge smile on the graduate's face.

The decades-long road here began in 1955 when Murphy first enrolled in USF, taking classes part-time as an evening division student. He began his studies in physics and would later change to finance. In 1961, his studies would be interrupted when he left school to serve in the U.S. Army. 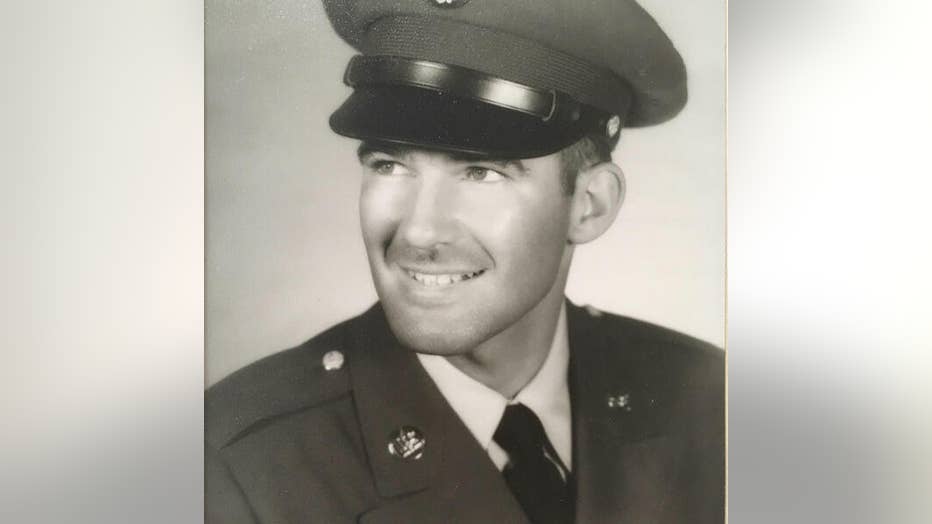 Charles Lyden Murphy left the University of San Francisco in 1961 to serve in the U.S. Army.

Following his military service, Murphy did not give up on his plans to get a college degree and finally completed the credits needed to earn his degree in 1976.

Since and along the way, life happened. Murphy began a career, working for Bank of America where he spent 31 years, culminating in his role as vice president in branch administration.

He also got married and raised a family. He and his wife had two kids, and the family would later welcome four grandchildren and a great-grandchild. 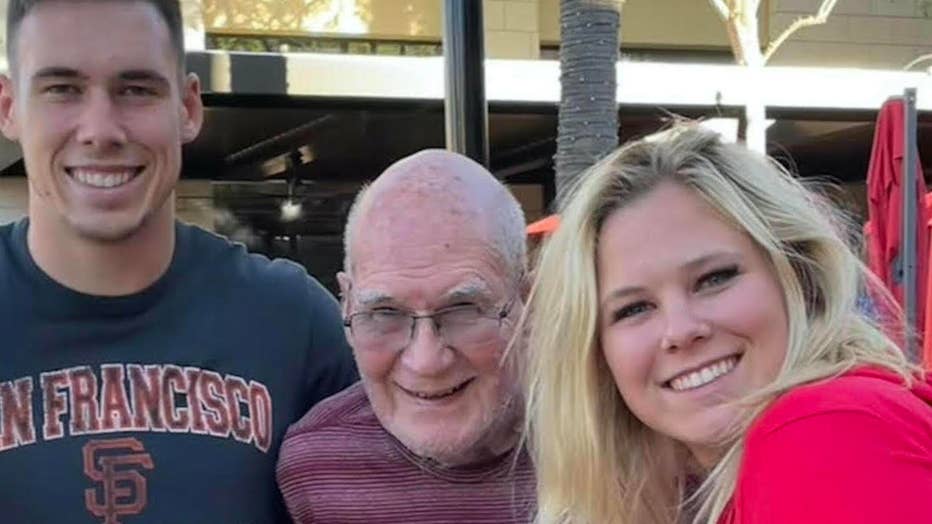 Charles Lyden Murphy with his grandchildren.

For decades, it seemed like celebrating that diploma would remain on the back-burner, until now.

USF shared photos of the graduation ceremony, including one with Murphy proudly gazing at the long awaited certificate. 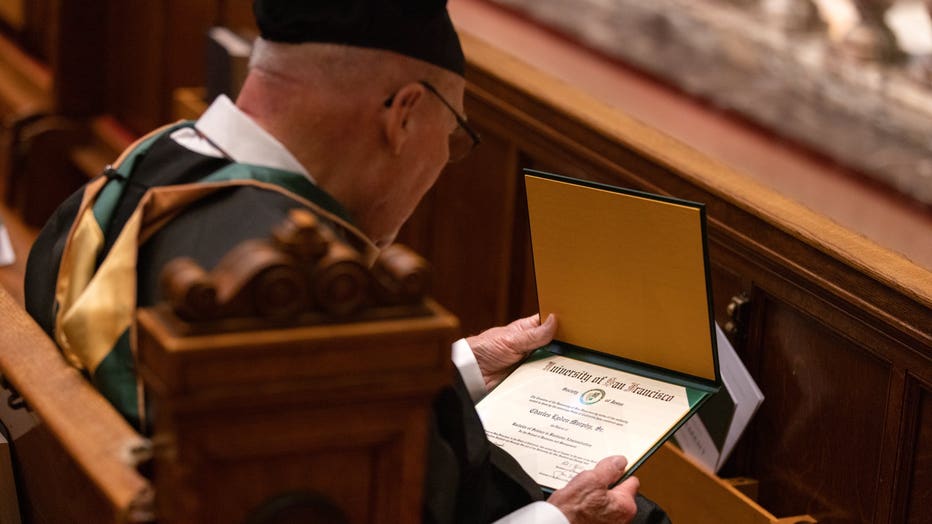 His early days were spent in San Francisco, where he graduated from St. Ignatius College Preparatory high school. "I attended daily mass in St. Ignatius church every day from 1951 until I went in the Army," Murphy shared.

And in so many ways, for Murphy, this special graduation ceremony marked a full circle and the end of a long journey that was also a homecoming of sorts.

"It gives me a sense of accomplishment," the proud graduate said, adding, "It’s returning home, and my badge of honor is my diploma."