Delta hit as a Category 2 hurricane, with top winds of 100 mph before rapidly weakening over land. By Saturday morning, it dwindled to a tropical storm with 45 mph winds, but storm surge and flash floods continued to pose dangers across much of southwestern Louisiana and parts of neighboring Texas. Mississippi also got its fair share of rain overnight.

Delta made landfall Friday evening near the coastal town of Creole -- only 15 miles or so from where Laura struck land in August, killing 27 people in Louisiana. It then moved directly over Lake Charles, a waterfront city about 30 miles inland where the earlier hurricane damaged nearly every home and building, and where moldy mattresses, sawed-up trees and other debris still lined the streets.

Lake Charles Mayor Nic Hunter spoke with The Associated Press as he rode out Delta's arrival downtown. He said tarps were flying off homes across the city, and piles of wreckage were being blown around, some of it floating in the surge of ocean water.

"I'm in a building right now with a tarp on it and just the sound of the tarp flapping on the building sounds like someone pounding with a sledgehammer on top of the building," Hunter said. "It's pretty intense."

Water leaked through the ceiling of Ernest Jack's bedroom in Lake Charles as he tried to sleep through the storm. Jack said a tarp covering roof damage caused by Laura hadn't blown off. His windows were covered to protect against flying debris.

"It's raining real hard; it's flooding; the wind is strong," Jack said Friday night. "I'm OK. I'm not worried about nothing, just praying that everything goes well."

In Lake Arthur, Delta's winds peeled shingles off the roof of L'Banca Albergo, an eight-room boutique hotel in what used to be a bank.

"I probably don't have a shingle left on the top of this hotel," owner Roberta Palermo said as the winds gusted outside.

The electricity was out and Palermo said she could see pieces of metal coming off the roof of a 100-year-old building across the street. Unsecured trash cans were flying around the streets.

"There is a lot of power lines down all over the place, there's ... really deep water in certain spots," said hotel guest Johnny Weaver. He had been out in the weather with his friends earlier and one friend's car was stranded in the water.

In Galveston, Texas, about 100 miles from where the center made landfall, winds toppled trees, street signs and two homes under construction, and with dunes flattened by earlier storms, the surge reached beneath raised houses. Large swells and rip currents prompted beach closures as far west as the mouth of the Rio Grande.

Delta also downed trees across Mississippi, including one that landed on a Jackson-based WLBT-TV vehicle with a news crew inside. No one was injured.

Forecasters said the storm would move into the Tennessee Valley Saturday and into Sunday as a tropical depression.

In Delta's wake, about 740,000 homes and businesses were without power in Louisiana, Texas and Mississippi early Saturday, according to the tracking website PowerOutage.us.

Delta, the 25th named storm of an unprecedented Atlantic hurricane season, made the record books when it struck the Gulf Coast. It was the first Greek-alphabet-named hurricane to hit the continental U.S. And it became the 10th named storm to hit the mainland U.S. this year, breaking a century-old record set in 1916, according to Colorado State University researcher Phil Klotzbach.

Some who rode out Laura hunkered down again with Delta. In Lafayette, about 75 miles east of Lake Charles, Jeanne-Marie Gove could hear debris hitting her door as her patio gate banged open and shut. She said the roof from a trailer at the mobile home park behind her apartment was torn off and tossed down the sidewalk.

"The wind is much worse than what Hurricane Laura brought," Gove said in a message on Twitter.

"The wind gusts are making the glass from our windows bow inward," she added. "It's pretty scary."

Hunter said he thought more people evacuated for Delta than Laura, reducing emergency calls during the worst of the storm. Across the disaster area, people could only wait for the waters to recede before getting a full view of the damage.

"I believe that Delta could actually be more of a flooding issue than Laura was from what I'm seeing and what I'm hearing right now in the thick of it," the mayor said Friday night.

"We really just need people not to forget about us," Hunter said. "We are going to be in the recovery mode for months and probably years from these two hurricanes. It's just unprecedented and historic what has happened to us." 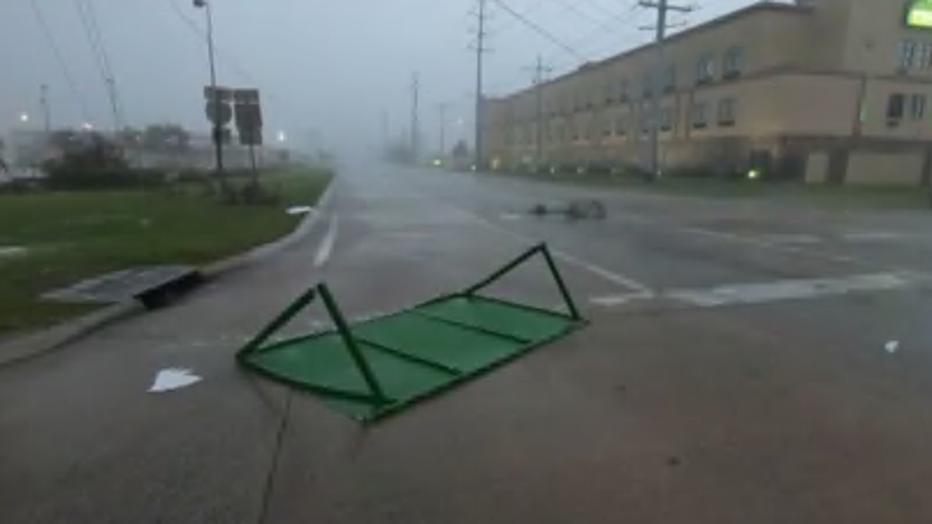 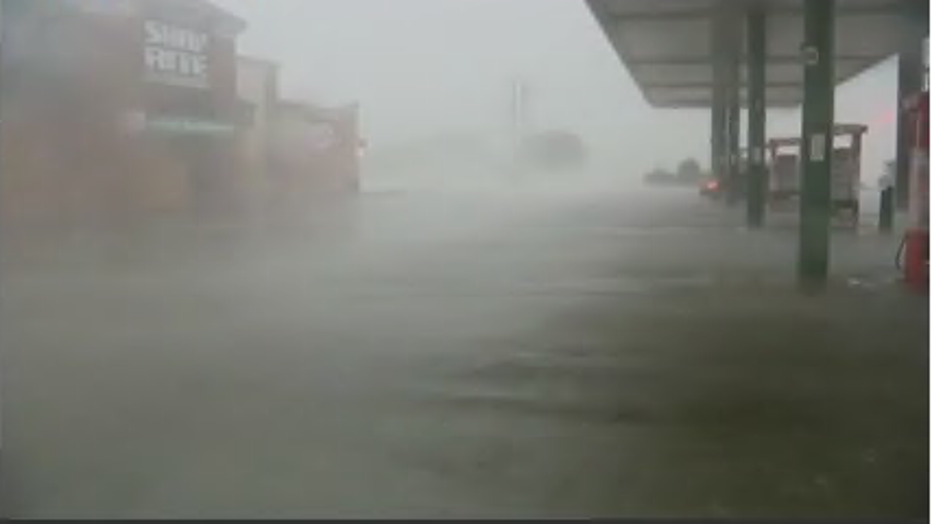 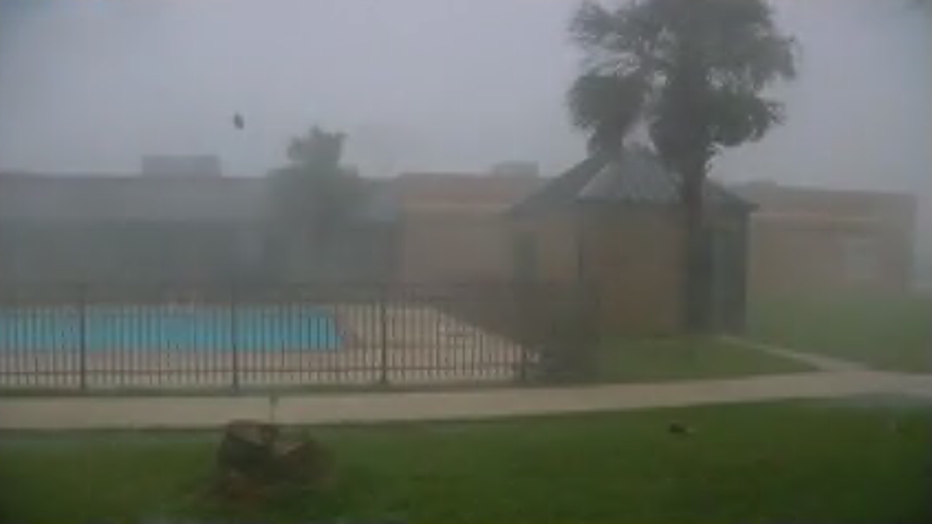