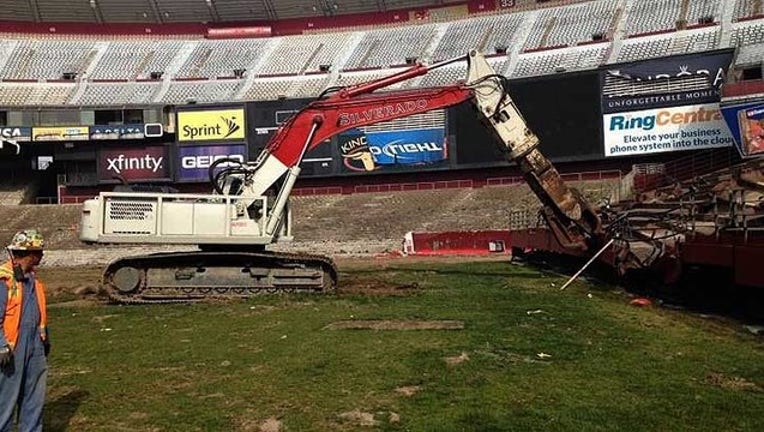 SAN FRANCISCO (AP) -- Crews have started tearing down San Francisco's storied Candlestick Park so houses, a hotel and a shopping center can be built on the site of the former Giants and 49ers stadium.

Ramps were being knocked down Wednesday, and the upper portions of the iconic stadium will follow. David Satterfield, a spokesman for the developers, says the demolition started Monday.

The "Stick" opened more than 50 years ago and was known for its chilly conditions brought by whipping winds and fog from San Francisco Bay. The Beatles held their last live concert there in 1966.

Developers scrapped a plan last month to implode the stadium amid concerns the blast might create health problems for people living nearby.

The stadium will be taken down over many weeks.