Authorities said that deputies who arrived at the scene initially asked the woman to drop her weapon, but she refused. Instead, she fired at them, prompting deputies to return fire and striking her. Sara Zendehnam reports

Authorities say a woman armed with a shotgun opened fire on deputies first in Half Moon Bay before they returned fire, killing her.

HALF MOON BAY, Calif. - A woman armed with a shotgun and carrying alcohol was shot and killed by San Mateo County sheriff's deputies in a gun battle in Half Moon Bay, according to authorities.

Sandra Lee Harmon, 56, of Half Moon Bay was seen carrying the firearm and some alcohol in the 800 block of Main Street, near Spruce Street at about 7:25 p.m. Tuesday, sheriff's officials said. The area is near a row of restaurants and the shooting took place near the upscale Pasta Moon Ristorante.

Authorities said that deputies who arrived at the scene initially asked the woman to drop her weapon, but she refused. Instead, she fired at them, prompting deputies to return fire and striking her.

Deputies administered life-saving aid on her at the scene, but Harmon later died at the hospital.

The sheriff's office did not say whether any deputy was injured during the confrontation.

Early Wednesday morning, KTVU talked briefly with a man who said the woman had been visiting him, but he did not want to speak publicly.

Another man, Leon Kunke, said his unoccupied truck was shot.

“I had walked over there and back I never did get in my pickup," he said. "I had thought about doing it. If I had come over here everything would’ve been different.”

Janice Moody, a Half Moon Bay business owner, said she was nearby and called 911.

"She just told me, 'Be careful tonight because there’s going to be a race war,' " Moody recounted. "I thought 'race down Main Street.'  I saw her down the street with a rifle in one hand, bottle of wine in the other. I said, 'Oh my God.' So I ran upstairs to get my phone and called immediately."

Moody added: “It’s a sorry state where we can’t help these people and supply more service to them. It’s just so sad and I hope this is a wakeup call to some people to lend more support to the mentally ill and the homeless.”

In 2014, San Mateo County Sheriff's deputies killed 18-year-old Yanira Serrano-Garcia who suffered from mental illness, KQED reported. Her family called authorities to help her take her medication. According to a federal lawsuit filed against the county, a deputy shot her in the torso after she chased him with a knife.

Despite the claims of excessive force, the District Attorney found that Deputy Menh Trieu's actions were justifiable.

Since Easter, there have been at least six deadly officer-involved shootings in the Bay Area, including one at a Walmart in San Leandro and one in San Jose. 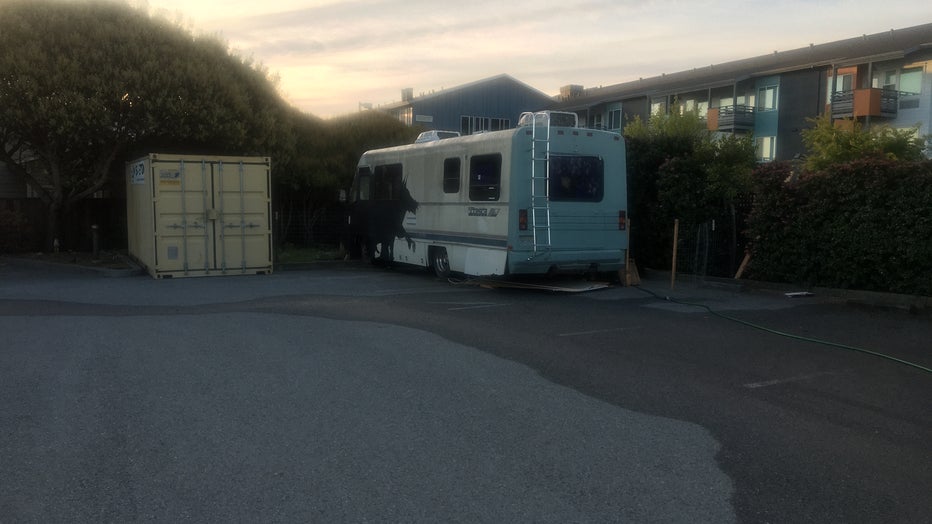 Suspect was killed in officer-involved shooting in Half Moon Bay.