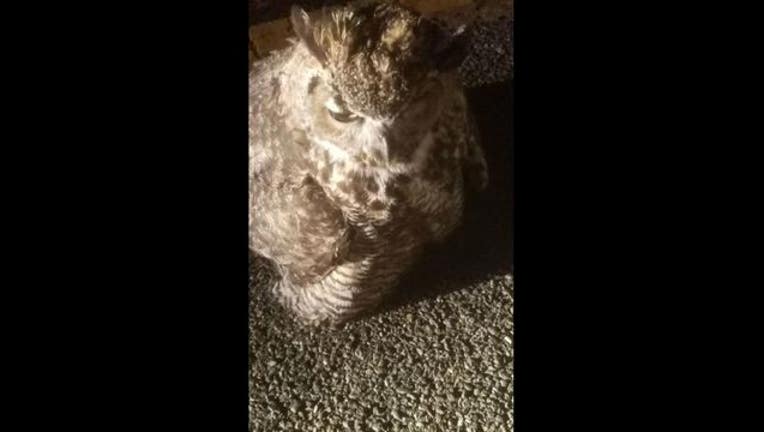 MARIN COUNTY, Calif. (KTVU) - A Marin County deputy helped rescue an owl that was hit by a car Tuesday night.

The deputy was working in the community of Bolinas just south of the Pt. Reyes station when they noticed a vehicle in the middle of the road with its flashers on.

When the deputy stopped to check on the vehicle, they saw the owl in the middle of the road. The deputy leaned the driver who was pulled over, had stopped after seeing the owl.

Deputies believe the owl was trying to swoop for prey when it was hit by a vehicle.

According to the Marin County Sheriff's Office, the owl seemed "quite dazed," but did not appear to be badly injured.

The deputy and driver put the owl into a cardboard box and contacted Marin Humane.

The owl had no broken bones and is expected to survive.