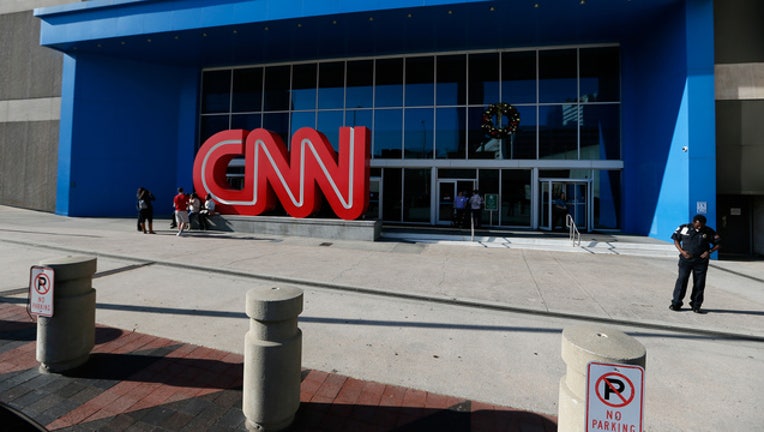 People sit outside of the CNN Center on November 29, 2012 in Atlanta, Georgia. (Photo by Kevin C. Cox/Getty Images)

DETROIT (WJBK) - A Novi man is facing federal criminal charges after he was arrested last week for calling CNN headquarters more than 20 times over two days and threatened to shoot employees of the network for publishing 'fake news'.

Brandon Griesemer, 19, was arraigned in federal court on Friday on accusations that he threatened to shoot staff members at the cable news channel.

According to the criminal complaint filed in U.S. District Court in Detroit, Griesemer first called CNN on January 9 just after 3 p.m. Authorities said he dialed a publicly listed number for CNN and when the operator picked up the call, a man on the other end of the line said "Fake news. I'm coming to gun you all down. F*** you, f****ing ni***ers."

Three minutes later, another call was made from the same number. The man on the other end then started making disparaging comments about CNN and told the operator that employees should kill themselves then threatened the operator: "I am on my way right now to gun the f****in CNN cast down. F*** you."

When the operator asked for his name, the caller said "F*** you. I am coming to kill you." Then he hung up.

About 30 minutes later, CNN received another call from the same number. More derogatory comments were made and the man claimed he had more guns and manpower and said that "your cast is about to get gunned down in a matter of hours".

The next day, the calls resumed again and the man made disparaging comments about Jewish people and threatened to kill CNN's staff.

All told, approximately 22 calls were made to CNN, four of them were threatening, according to the criminal complaint.

The investigator tracked down the number and determined the calls were being from Novi. Federal authorities were then alerted and picked up the investigation.

On Friday, ten days after the first call, Griesemer was arrested and charged with interstate communications with intent to extort - threat to injure.

This isn't his first alleged call filled with threats. Last September, Griesemer admitted to two Ann Arbor police officers that he placed a call to an Ann Arbor mosque and made derogatory comments about mosques and Muslims. He told police he was angry at the time of the call.

CNN published a story regarding the arrest and included a statement on the story.

"We take any threats to CNN employees or workplaces, around the world, extremely seriously. This one is no exception. We have been in touch with local and federal law enforcement throughout, and have taken all necessary measures to ensure the safety of our people," CNN said Monday in a statement.