WASHINGTON - U.S. immigration authorities will no longer make routine arrests at schools, hospitals or a range of other "protected" areas, under new guidelines released Wednesday by the Department of Homeland Security.

As part of a further effort to make immigration more targeted, agents and officers are being directed to consider the impact of enforcement actions on communities as well as "broader societal interests," DHS Secretary Alejandro Mayorkas said in announcing the new guidelines.

"We can accomplish our law enforcement mission without denying individuals access to needed medical care, children access to their schools, the displaced access to food and shelter, people of faith access to their places of worship, and more," Mayorkas said.

The move, part of a series of measures taken under President Joe Biden to unwind some of the harsh immigration policies of his predecessor, is likely to further alienate critics who say weaker enforcement encourages migrants to seek to enter the country illegally. 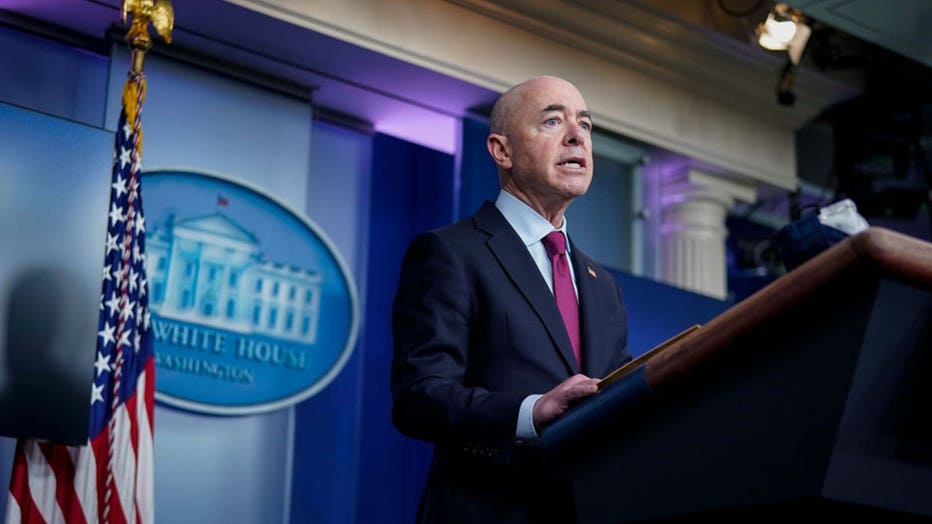 FILE - Secretary of Homeland Security Alejandro Mayorkas speaks during the daily press briefing at the White House on March 1, 2021.

The action announced by Mayorkas adds to previous policies that directed U.S. Immigration and Customs Enforcement to stop carrying out arrests at courthouses and to have agents and officers focus on people in the country illegally who have entered recently, pose a national security threat or have committed serious crimes.

On the list of places that will now be off-limits to enforcement actions are schools; day care and medical facilities; places of worship; playgrounds and recreation centers and demonstrations and rallies.

The new policy is similar to enforcement guidelines issued under President Barack Obama. President Donald Trump’s administration sparked criticism for seeking to arrest and remove anyone in the country illegally regardless of criminal history or community ties. Biden also reversed a Trump policy of detaining people for immigration violations when they showed up to court for other matters.