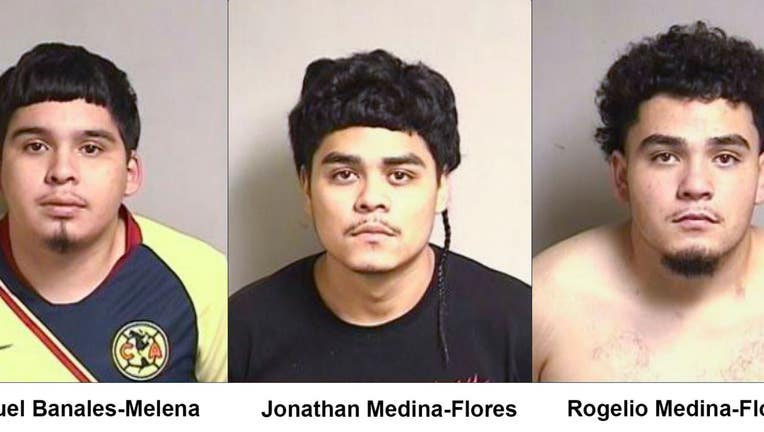 Pittsburg residents, Samuel Banales-Melena. 18, Jonathan Medina-Flores, 20, and Rogelio Medina-Flores, 18 were arrested in Bay Point, Calif., after committing an armed robbery in Concord on November 3, 2021. The three are tied to multiple armed robbe

Police from Concord and Pittsburg arrested the men during a Nov. 3 traffic stop in Bay Point, shortly after they allegedly committed their final robbery in Concord.

Officers said they found evidence of the Concord robbery in their vehicle. Later searches of several homes in Pittsburg turned up evidence of other robberies, Antioch police said Monday. By Nov. 5, investigators from multiple jurisdictions made their case to the D.A.'s office, which then filed charges. Along with the businesses, the trio is also accused of robbing employees and customers.

"This case was successful due to the collaboration of the law enforcement agencies involved in the investigation," Antioch police said. "This investigation weighed heavily on the implementation and use of technology, to include license plate-reading cameras in the city of Antioch and other technological surveillance efforts."

Anyone with information about the robberies can contact Antioch Police Detective Smith at (925) 779-6876 or at TSmith@antiochca.gov. Anonymous tips or information can be sent via text to 274637 (CRIMES) with the keyword ANTIOCH.