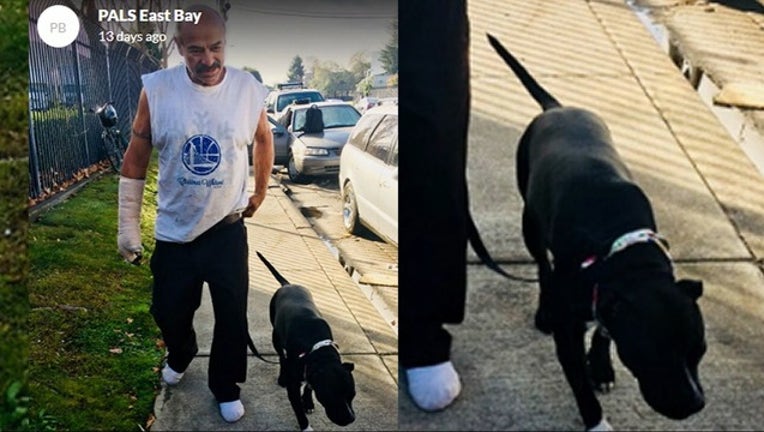 OAKLAND, Calif. (KTVU) - A $10,000 reward is being offered to find the gunman who killed an Oakland man, who had already survived another attempt on his life earlier this month.

The Bay Area News Group reports 54-year-old Jimmy Martinez and his dog were first shot and wounded on December 4th in a parking dispute.

Martinez credited his pet for saving his life and fighting off the attacker.

A GoFundMe Account was set up for Martinez and his dog, a 4-year-old Labrador and Pit Bull mix.

The shooting prompted Martinez to move to a different part of the city in his RV.

But authorities say he was shot and killed in a confrontation on Friday night outside the vehicle.

Investigators are looking into whether the two shootings are connected.

An animal support group, PALS East Bay, is now looking for someone to adopt the dog, who is said to be sweet, shy, and recovering from the loss of her owner.