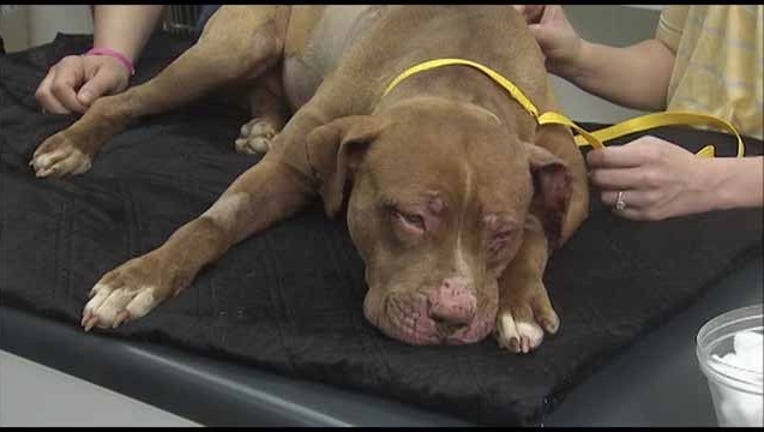 COBB COUNTY, GA (FOX 5)- A dog is recovering after police say her owner set her doghouse on fire in Cobb County.

Royalti was barely able to get out alive, but the 1-year-old pitbull survived the unthinkable attack last week.

Veterinarian Regan Burford says about 60% of the dog's body was covered in first and second degree burns.

"She smelled incredibly of gasoline and smoke and her hair is still pretty singed," said Burford.

The dog is now on medication and has to wear a patch to try to manage all the pain. Sitting down for her takes about five to 10 minutes and then it takes about 30 minutes for her to get the courage to lay down because it hurts.

Burford was so touched by Royalti's story, she adopted her.

Police have charged the dog's former owner, 22-year-old Calib Lanier, with cruelty to animals and arson.

Burford says she plans on changing Royalti's name, in keeping with her new lease on life.

APP USERS: Click here to view the photo gallery. However, we want to warn you that some of the images are graphic.