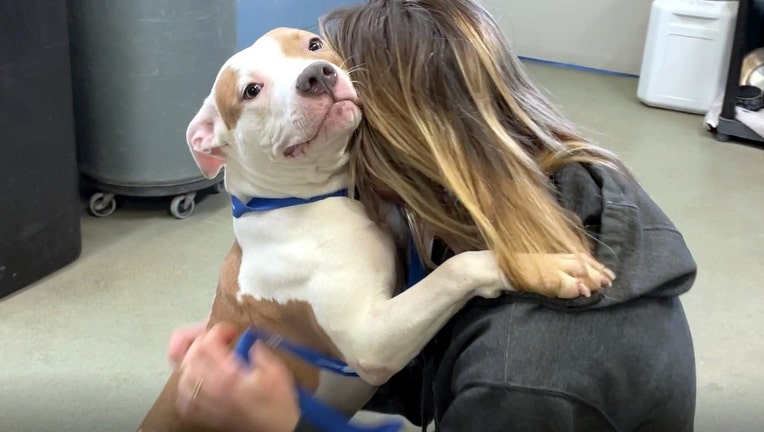 Dog was abandoned at Iowa airport. (Credit: The Animal Rescue League of Iowa)

DES MOINES, Iowa - The avalanche of flight cancelations and delays over the holiday period forced many travelers to take drastic actions to make it to their destinations.

But animal advocates in Iowa are shocked after one owner left a dog stranded at an airport after being unable to board a flight with the pet.

The Animal Rescue League of Iowa said its officers responded to the call at the Des Moines airport last week.

The so-called "baggage graveyard" at many U.S. airports is no longer visible at Midway Airport in Chicago. FOX News' Mike Tobin joined LiveNOW from FOX's Josh Breslow with a look at the current situation.

Airline workers told the officers the dog was tied up outside the airport and couldn't board a cross-country flight because the owner didn't have a kennel.

They said the owner left the airport with the dog but returned alone to board a flight.

The dog is a 1-year-old female, whom officers have called Allie.

"Allie is incredibly sweet and is now safe in our care and loving attention from our staff team," ARL said in a news release.