Students at a Toledo high school planning to attend a university, college or trade school will no longer have to worry about college debt thanks to a donor's generous pledge.

TOLEDO, Ohio - The class of 2020 at a high school in Ohio will not have to worry about college debt after a philanthropist surprised them with the gift of a lifetime: free college tuition.

Pete Kadens, former CEO of the multi-state cannabis company Green Thumb Industries, pledged to pay for tuition, room and board, books and other fees for the graduating students at Jesup Wakeman Scott High School in Toledo. The offer applies to students planning to attend a university, college, trade school or post-secondary education for up to 4.5 years.

And the offer didn’t stop there. Kadens also pledged to provide college tuition for a parent or guardian of each student as well.

The announcement was made Jan. 29 during an assembly at the school, where Kadens surprised all 108 seniors with the news, according to WTVG-TV.

Kadens spent 15 years as a chief executive for Green Thumb Industries and other companies and has also served as chairman of the board for StreetWise, one of Chicago’s largest homeless organizations that offers resources and employment opportunities, for more than a decade.

Kadens, who grew up in Ottawa Hills, a suburb just outside of Toledo, said his wife’s grandfather attended Scott High School more than 70 years ago. But specifically, Kadens chose the school due to it being under-served in the area for generations.

The program hopes to raise $100 million so that all Toledo-area students and under-educated parents can go to college, debt-free.

Kadens’ offer to fund college tuition for the parents as well is part of an effort to make sure students finish college and earn their degree, according to the Kadens Family Foundation, which funded the 2020 tuition pledge.

“Given that very few of the Scott High School parents have a post secondary education, it was a perfect opportunity to create community and connectivity and to have the parent and child motivate and inspire one another to raise the level of college persistence so that they can get their degrees and reinvest in their communities,” the foundation said in an email. 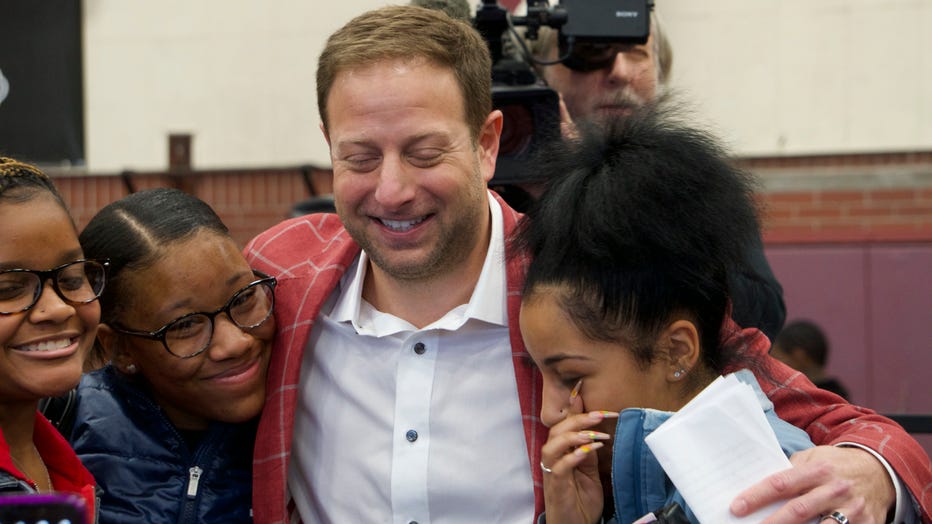