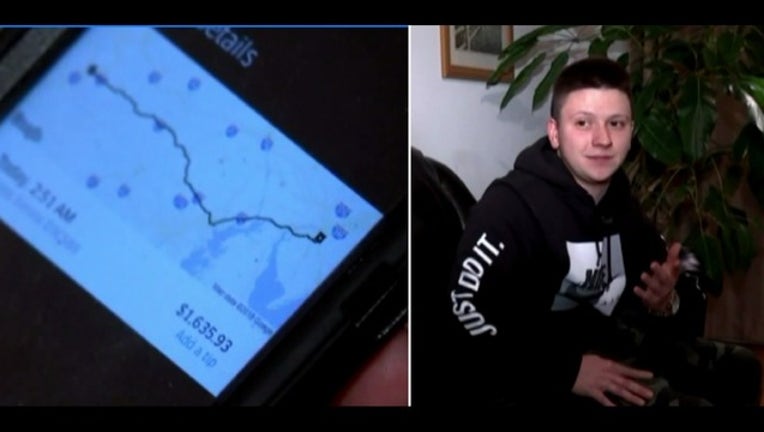 A New Jersey man drunkenly called for an Uber to get home to New Jersey from West Virginia.

Ride share convenience has peaked. There’s no good excuse to drive drunk. But maybe there needs to be a designated Uber caller, one who might reconsider a ride from West Virginia to New Jersey in the middle of the night.

Kenneth Bachman was partying with friends near West Virginia University last Friday when he drunkenly ordered an Uber to get home. And he hardly remembers it. And it cost him $1,635.93.

"I was just like, ‘what? That's crazy. Why did you agree to take me to New Jersey from West Virginia?” he said, upon waking from his expensive, 300 mile nap.

We get it. A slice of pizza in West Virginia probably has nothing on a Jersey slice – the water thing, you know? And those midnight munchies are fiercely convincing. But boy is that a brutal debit.

And Bachman barely remembers how he got into the Uber-XL. He just knew he wanted to get home. And shortly after being picked up from where he was staying near campus, he said he fell asleep.

“I just woke up in the Uber to an older dude telling me that I was an hour from Jersey,” Bachman said.

Bachman said it’s a little embarrassing. And despite the ride being what he calls a mistake, he knew he had to pay the tab. But now he has another trip to make.

“I’m heading back to West Virginia this weekend to pick up my bags, so if you guys see me, say what’s up,” Bachman said.