Livermore police said they found stolen recyclables on the roof of a car and brass knuckles and meth carried by a passenger when an officer pulled over a Chevy Impala because the bags were unsafe.

Livermore police said they stopped a Chevy Impala last month because the giant bags on the roof were unsafe for driving.

Upon closer inspection, police learned that the bags contained bottles and cans taken from a nearby recycling center. A third bag was found in the rear seat of the car. Police estimated the materials were worth $200, which were returned to the recycling center. 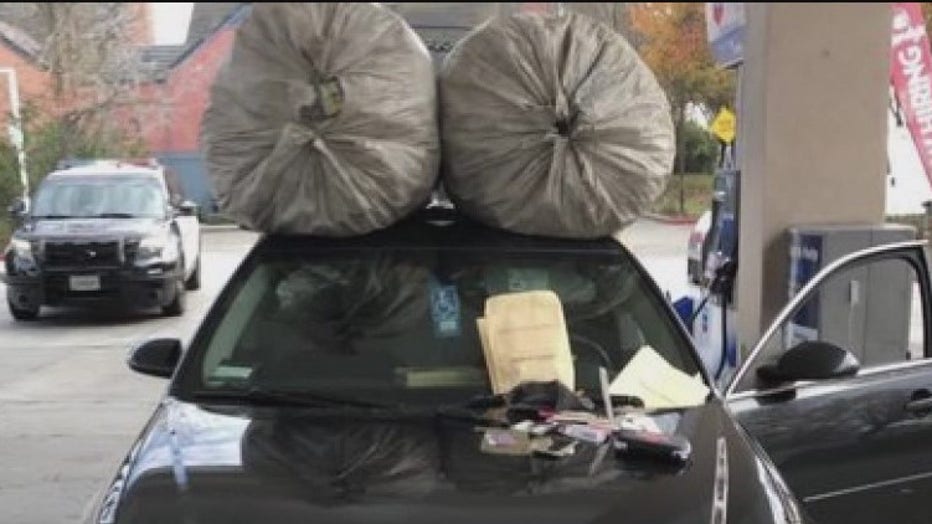 In addition, the driver Denzel Green, 31, and passenger Jared Moynahan, 28, were each allegedly in possession of methamphetamine and drug paraphernalia.

The arrests were made on December 21, but police announced the bust on Wednesday.