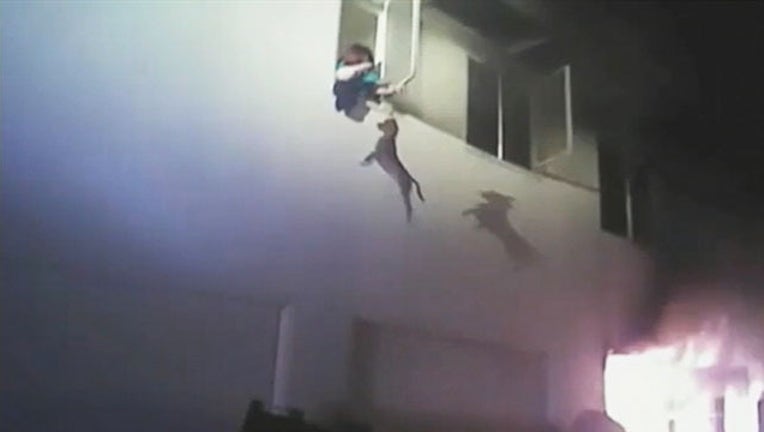 Dramatic video has surfaced after an amazing rescue from a burning building in Modesto last month.

Firefighters not only rescued people from an apartment that was up in flames, but they helped save some four-legged residents too.

Officials said it happened on Valentine's Day and was captured on a body camera.

Rescue crews told the woman to throw her dogs from a second-story window into a dumpster below.

The dogs were not hurt.

Firefighters also used ladders and rescued a person from that same second-story window.

Witnesses said some people jumped from windows to escape the flames, but no one was killed.