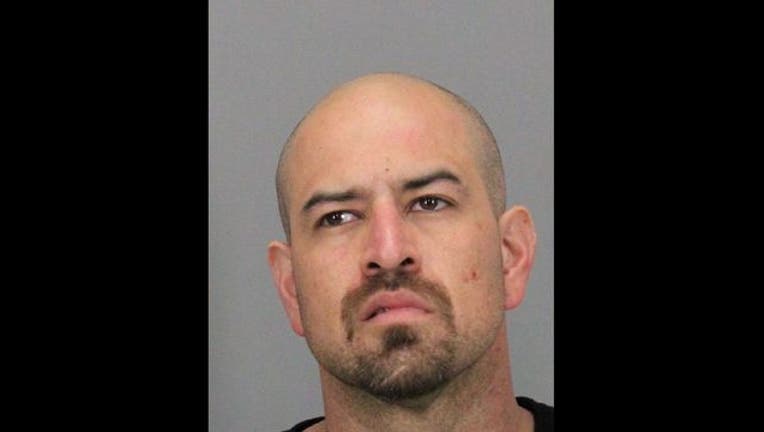 Richard Velador, 34, arrested on multiple drug related charges after being found passed out in a vehicle. Photo courtesy of Milpitas Police.

Milpitas police received a report at about 3 a.m. of a driver passed out in a vehicle and stopped in the intersection of Alder and Tasman drives.

Police said they found the man asleep in his SUV with the engine running. Officers said the man, Richard Nieves Ramirez Velador, was a transient from Gilroy.

Velador ran away from police after he woke up and stepped out of the vehicle, police said.

He was arrested after a short chase. Police said they searched the car and found marijuana, a quarter-pound of methamphetamine and a ballistic vest, similar to bulletproof vests used by police.