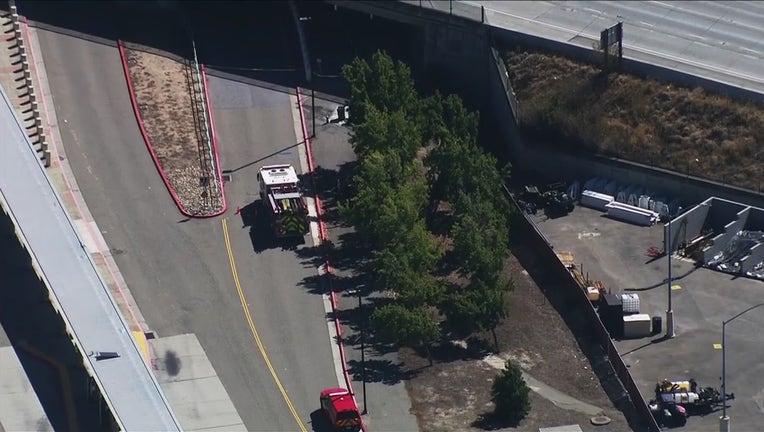 The Dublin Pleasanton BART station was closed due to an "equipment problem" on Sept. 29, 2022.  (FOX Weather)

BART employees and riders were evacuated just before 1 p.m. after reports of smoke coming from a trash can near the escalators. Several of those employees, who spoke with KTVU on the condition of anonymity, said the trash can was pulled from the area and taken outside by BART police officers as it was emitting a strong odor.

The Alameda County Hazardous Materials Response Team and Alameda County firefighters responded to the incident. A hazmat crew was seen working to ensure the trash can and items inside it did not pose a threat to the surrounding public.

The area was cleared and the station was reopened to riders shortly before 2:30 p.m.

It was unclear who may have left the battery behind or what caused it to start smoking.