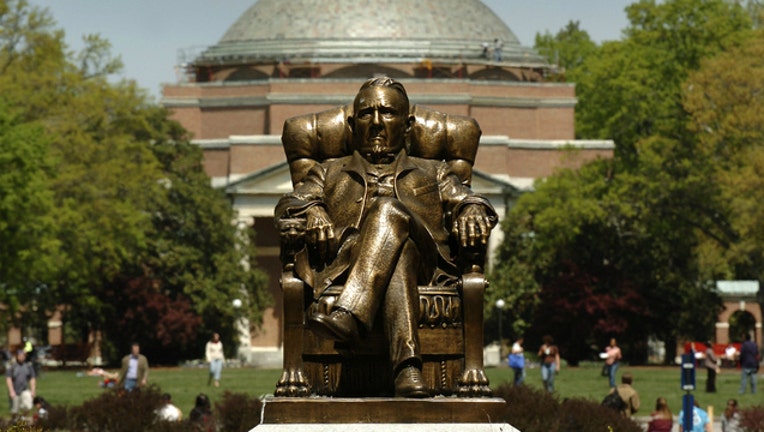 DURHAM, N.C. (AP) -- Duke University's medical school has issued an apology and launched a review after an administrator admonished students over speaking Chinese in a school building.

Megan Neely, who served as graduate studies director in the biostatistics master's program, wrote an email Friday urging students to "commit to using English" in the building housing the program.

She said in the message to an email list for the program's students that two faculty members came to her to complain about students loudly speaking Chinese in a common area. She wrote that both were disappointed the students weren't working to improve their English and "wanted to write down the names so they could remember them if the students ever interviewed for an internship or asked to work with them for a master's project."

After screengrabs of the email sparked an outcry on social media, Neely stepped down as the program's director of graduate studies, according to a letter from Dr. Mary Klotman, the medical school dean. A university spokesman verified the screenshots were Neely's email.

The university's Chronicle student newspaper was first to report Neely was stepping down.

Klotman also apologized to students in the program in the letter , saying there was no restriction on using foreign languages in conversations with one another. She also said the university's Office of Institutional Equity would conduct a review of the biostatistics master's program.