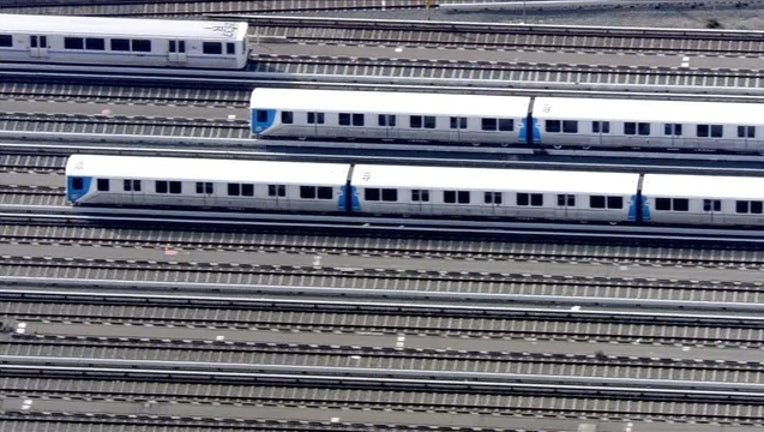 RICHMOND, Calif. - An employee was hospitalized and a control tower sustained "heavy to moderate" damage from a grass fire early Sunday morning at the BART maintenance yard in Richmond, officials said.

The fire was reported shortly before 3:30 a.m. and four engines and two battalion chiefs responded quickly and had the fire controlled after 45 minutes.

A worker at the yard suffered from smoke inhalation and was taken to an area hospital, said Battalion Chief Manly Moulton.

Metal siding on the back exterior of the control tower sustained moderate to heavy damage and there was also smoke damage to an interior stairway, but equipment in the fourth floor control room was saved, Manly said.

There is a homeless encampment near the site, Manly said, adding that the cause of the fire is under investigation.