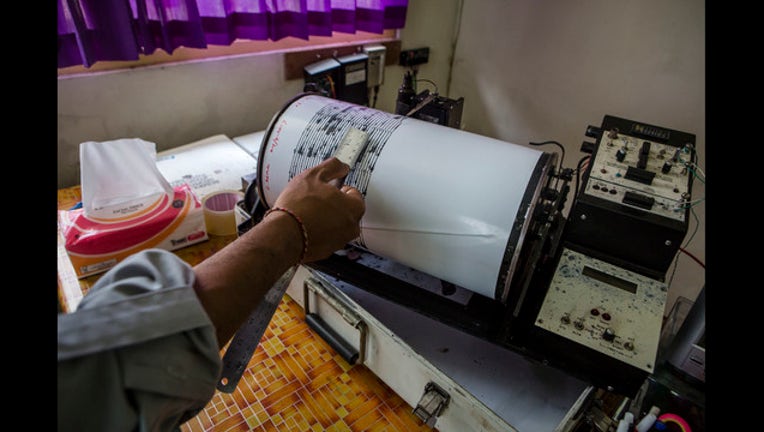 JAKARTA, Indonesia (AP) - A strong earthquake shook the Indonesian capital Friday night and other cities on the country's most populous island of Java, killing at least 1 person amid reports of more deaths and collapsed houses.

Authorities issued a tsunami warning for parts of Java's coastline after the quake struck at 11:47 p.m. and said there was potential for waves of between 0.3 meters (1 foot) and 0.5 meters (1.6 feet).

People ran out of buildings in panic in many areas and Indonesian television showed heavy traffic on roads as people left coastal areas.

National Disaster Mitigation Agency spokesman Sutopo Purwo Nugroho said a 62-year-old man was confirmed dead in the Ciamis region of western Java and that there were reports of more deaths and of injuries in the same region.

He also said there were reports that buildings had collapsed in the city of Tasikmalaya in western Java and in several western Java districts.

"Houses and other buildings are damaged in many areas," he said in a statement.

The U.S. Geological Survey said the earthquake had a magnitude of 6.5 and was about 91 kilometers (56 miles) deep and located just inland.

Nugroho said strong tremors were felt for about 20 seconds in the capital of Jakarta and in cities and villages.

Indonesia's MetroTV said a general hospital in the central Java town of Banyumas was damaged and patients were evacuated.

The country sits on the "Pacific Ring of Fire" and has frequent earthquakes and volcanic eruptions.
------
This version corrects that the earthquake happened Friday, not Thursday.