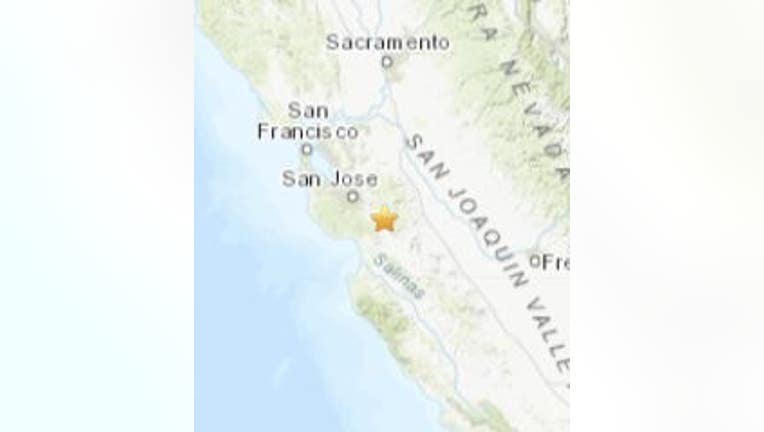 The 2.7-magnitude quake hit at 8:24 a.m., centering about 5.6 miles from the community of San Martin in Santa Clara County and about 7.2 miles from Morgan Hill, according to the U.S. Geological Survey (USGS). It measured about four miles deep.

People described the shaking as "weak" in intensity, on the USGS's "Did You Feel It?" report, which showed it was felt as far north as Pittsburg and as far south as Glendale in Los Angeles County.

There were no reports of damage or injuries.

It was the second earthquake to hit the Bay Area in matter of days. On Sunday night, a 2.9-magnitude quake rattled parts of the East Bay, centering in Piedmont, near Oakland.