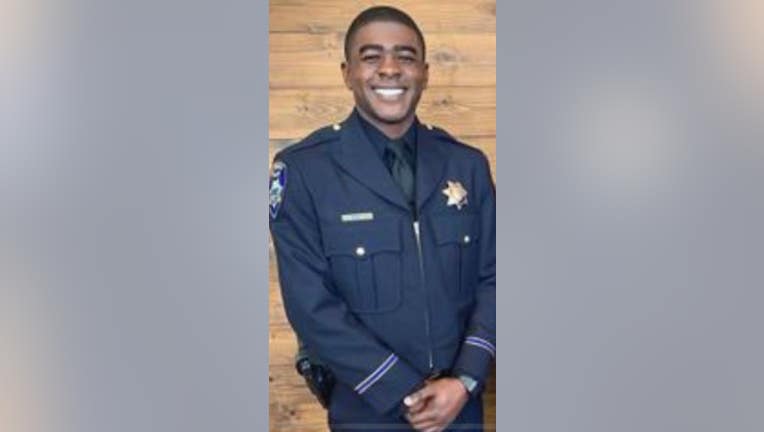 EL CERRITO, Calif. - A man killed Sunday morning in a collision on eastbound Interstate Highway 80 in San Pablo has been identified as El Cerrito police Officer Jerrick Bernstine, according to the Contra Costa County coroner and police on Monday.

Bernstine started as a police officer in El Cerrito in February 2020 following work as an in-home caregiver, police said.

Bernstine, 25, of Hercules, was killed in the crash reported about 6:15 a.m. west of San Pablo Dam Road. The driver of a transit van lost control of their vehicle and it hit the center divider, coming to rest in the wrong direction, according to the California Highway Patrol.

Three other vehicles hit the van and Bernstine was in one of the vehicles. He died at the scene, CHP officials said. Two others were hospitalized with major injuries.     Police said Bernstine was a model officer, humble in personality and tenacious in police work.

"Officer Bernstine was 26 at the time of his death and he was everything a person could hope for in a police officer, citizen, teammate, son, brother, and friend," El Cerrito police said Monday in a news release.