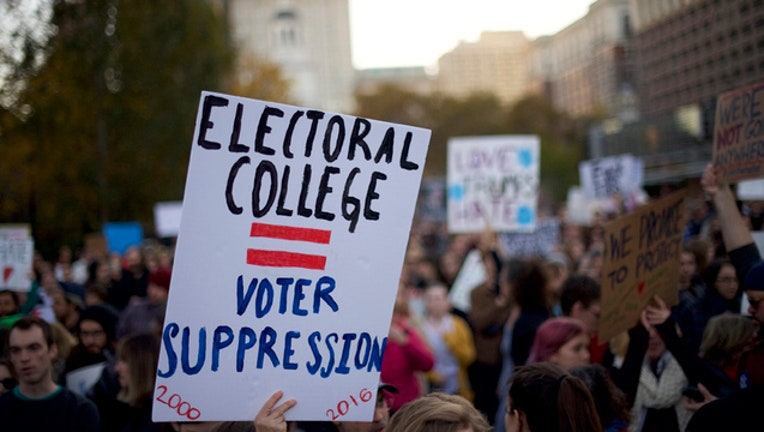 Elizabeth Warren supports the elimination of the electoral college, the most pointed instance of the Democratic presidential candidate opposing the polarizing mechanism the nation uses to elect its presidents.

Warren has been critical of the electoral college before. The Massachusetts senator said last year that President Donald Trump's 2016 victory, despite Democrat Hillary Clinton winning 3 million more votes than him, is "not exactly the sign of a healthy democracy."

But Warren's comments Monday during a Mississippi town hall broadcast on CNN represent her most straightforward endorsement of an end to the electoral college system.

“Every vote matters and the way we can make that happen is that we can have national voting, and that means get rid of the Electoral College,” Warren said to one of the biggest rounds of applause of the night from the audience.

"I think everybody ought to have to come and ask for your vote,” Warren said.