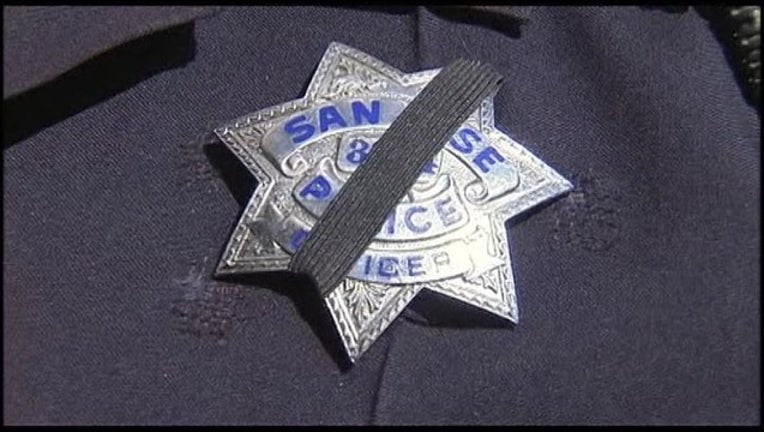 ELK GROVE, Calif. (KTVU and wires) -- Two Elk Grove police officers were injured Thursday after being involved in a motorcycle crash on the way to the funeral of slain San Jose police officer Michael Johnson.

Authorities said the two officers lost control of their motorcycles when they hit a diesel spill in an Elk Grove street.

One officer was taken to the hospital, the extent of his injuries were unknown. The second officer was treated at the scene for scrapes and bruises.