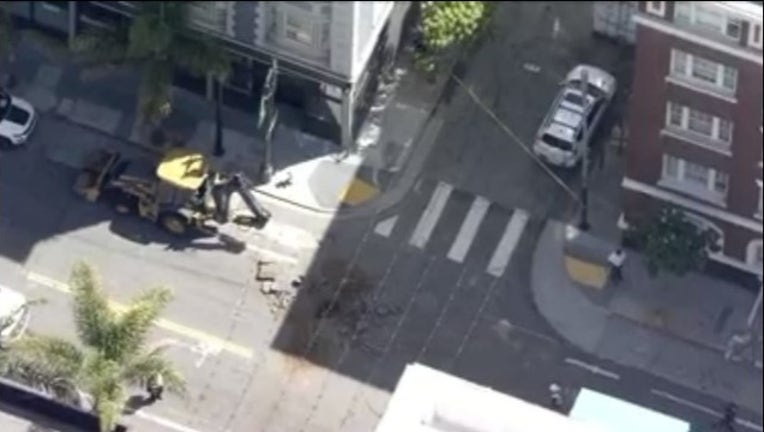 The gas leak began when a third-party contractor hit a 2-inch gas main, according to PG&E.

San Francisco fire officials said eight people in the area complained of medical issues related to the leak, but said none of the issues are life-threatening.

San Francisco Municipal Railway buses and traffic are being rerouted around the area via Van Ness Avenue and Hyde Street.

Fire department officials said at 11:30 a.m. that they plan to lift the evacuation order soon. There is currently no update about how many people have been evacuated.