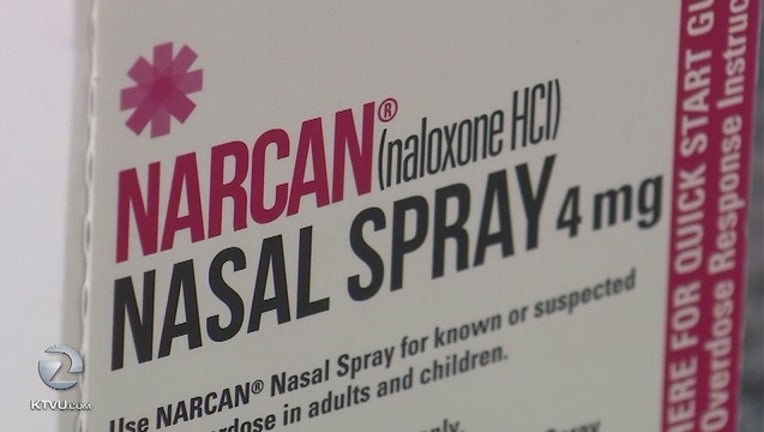 EMERYVILLE, Calif. - An Emeryville police officer on Saturday administered the prescription medication Naloxone to a person who appeared to have been experiencing an opioid overdose, police said.

The officer was flagged down Saturday to help a man who was unresponsive and lying on the sidewalk. The officer noticed the man's shallow breathing and a weak pulse as symptoms of an opioid overdose and administered Naloxone. The man's breathing improved, and he became responsive to the officers.

The man was then taken to a local hospital for medical attention, police said.

Emeryville police said Saturday that calling 911 for assistance with a drug ingestion issue won't result in any criminal charges for being under the influence of an illegal substance.