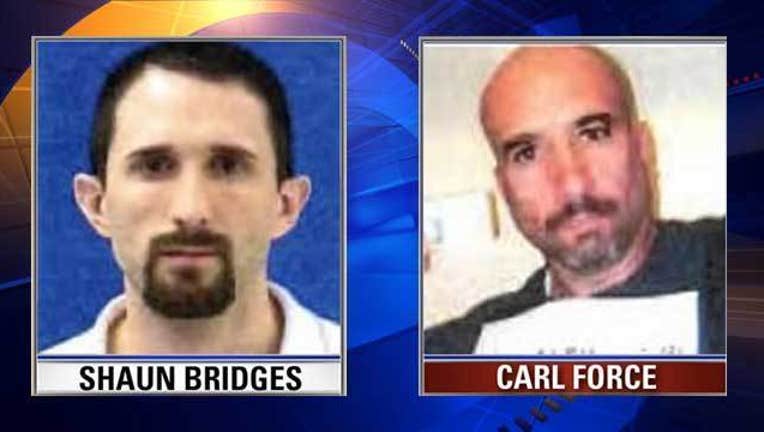 Shaun Bridges of Laurel, Maryland, was charged in March with stealing $820,000 worth of bitcoin after authorities said he obtained passwords to the multimillion-dollar marketplace for illegal drugs and other contraband.

Bridges was a computer forensic expert who helped arrest a Silk Road worker who controlled the website's passwords.

Separately, former Drug Enforcement Administration agent Carl M. Force is charged with extorting Silk Road operator Ross Ulbricht, who has been sentenced to life in prison after being convicted of seven drug and conspiracy charges in February.

Force's attorney Ivan Bates did not return a call for comment.

Force worked undercover and was tasked with establishing communications with Ulbricht.

Ulbricht was accused of creating the multimillion-dollar marketplace for illegal drugs and other contraband and adopting the alias Dread Pirate Roberts, a character from the movie "Princess Bride."

The website promised its buyers and sellers anonymity by using encryption and bitcoins.

Force is charged with wire fraud, theft of government property, money laundering and conflict of interest.