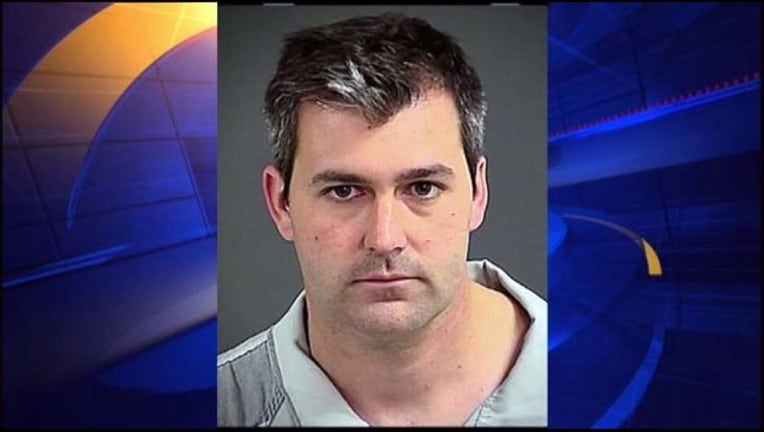 The shooting April 4 was captured on video by a bystander, showing officer Michael Slager firing eight times as 50-year-old Walter Scott ran away, enflaming a national debate about how black people are treated by white police officers.

Slager was charged with murder by state law enforcement agents and fired from the police force immediately after the video surfaced.

Prosecutor Scarlett Wilson announced the indictment, which represents at least the fourth time in less than six months that a sitting grand jury in South Carolina has agreed that white officers should stand trial in the shootings of black men.

"The jury will make up its own mind after it sees the video and hears the other testimony," Wilson said. No trial date has been set.

Walter Scott's brother Rodney Scott said the family is "very happy and pleased" with the indictment of Slager.

The 33-year-old Slager, who has been jailed since his arrest, faces 30 years to life in prison if convicted. Wilson said the death penalty does not seem to apply because there were no aggravating circumstances such as robbery or kidnapping as required under state law.

Slager's lawyer didn't want to comment on the indictment.

"Until we have an opportunity to fully evaluate the state's case and to compare it with our own investigation we will not be commenting on any aspect of the case," Attorney Andy Savage said in a statement.

Chris Stewart, a lawyer for Scott's family, said in a news conference after the indictment that they plan to file a wrongful death suit against North Charleston and its police force.

Slager told authorities he initially tried to stun Scott with his Taser, but it didn't work, and that as both men scuffled over the stun gun, he fired his handgun at Scott in self-defense. The video shows the men briefly scuffling over what appears to be a Taser before Scott runs away and the officer begins firing at Scott's back.

Another video, from the officer's dashboard camera, shows Scott bolting from his car after Slager pulled him over and checked his identification. Slager then chased him down.

Family members have speculated that Scott may have tried to flee because he was fearful of returning to jail over about $18,000 he owed in late child-support payments.

As word of the shooting spread in South Carolina, many feared police would close the case without taking any action. Days later, Scott's family publicized the bystander's video, and his death instantly became international news. Slager's arrest and firing eased tensions in the community.

The cellphone video added fuel to the national debate about race and aggressive police tactics, which intensified in August with the shooting death of Michael Brown in Ferguson, Missouri. In that case, there was no video of the shooting and Officer Darren Wilson was not indicted.

In Baltimore, six officers were indicted in the death of Freddie Gray, who was critically injured during an arrest there and later died at a hospital.

In South Carolina, charges have been brought against Slager and three other officers shooting at unarmed black men. Three of the men were killed, and the third seriously injured.

Only one of the cases has gone to trial, ending in a mistrial. A retrial is set for next week.

Grand juries in South Carolina are 18 people picked at random from the county who typically serve from several months to a year. They usually hear from the investigating officer and decide whether to indict a defendant.

Prosecutors cannot try anyone for a serious crime in the state without an indictment, unless the defendant waives the grand jury hearing. Defense attorneys said it is rare for a grand jury not to indict because just 12 of the 18 jurors have to agree it is probable the person charged committed the crime.