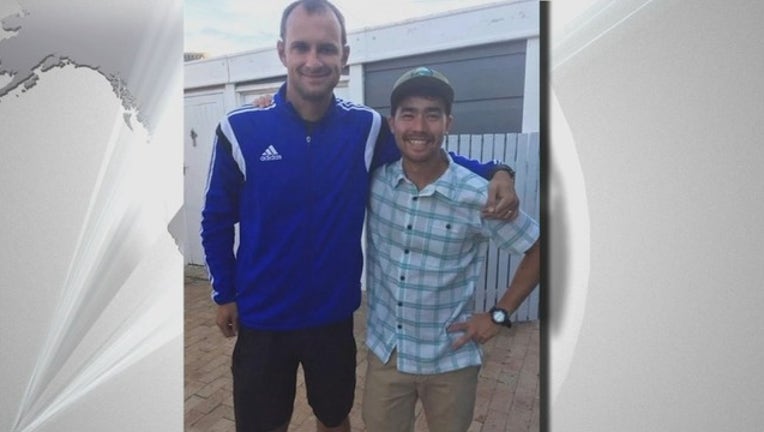 John Allen Chau was killed on a remote Indian island, home to a tribe known for attacking outsiders with bows and arrows, on Wednesday. He was 26.

But kayaking to a remote Indian island, home to a tribe known for attacking outsiders with bows and arrows, proved an adventure too far for the avid outdoorsman and Christian missionary. Police said Wednesday that he had been killed , and authorities were working with anthropologists to try to recover his body from North Sentinel, in the Andaman Islands.

"Words cannot express the sadness we have experienced about this report," his family said in a statement posted on his Instagram account. "He loved God, life, helping those in need, and had nothing but love for the Sentinelese people."

Visits to the island are heavily restricted, which Chau knew, authorities said. Police arrested seven fishermen accused of helping him reach it, and Chau's family pleaded for their release, saying he acted "on his own free will."

Chau, 26, was from southwestern Washington state, where he attended Vancouver Christian High School. He went on to graduate from Oral Roberts University, a Christian college in Oklahoma, in 2014, with a degree in health and exercise science. While there, he worked with the university's missions and outreach department.

"I have never known a more courageous, selfless, compassionate man and friend," said Bobby Parks, the department's former director. "John lived and gave his life to share the love of Jesus with everyone."

Chau also worked with Parks' nonprofit, More Than a Game, a soccer program for disadvantaged children, including refugees. Chau traveled to the Kurdistan region of northern Iraq in 2014 to work with Syrian and Iraqi refugee youth, Parks said, and he worked with Burmese refugee children in Tulsa, Oklahoma, for several years.

On Father's Day last year, Chau noted on Instagram that his father came to the U.S. as a refugee during China's Cultural Revolution. He also documented his extensive travels, posting photos of climbing peaks of the Cascade Range, scuba diving on previous trips to the Andaman Islands and fishing in Southern California.

One of Chau's friends, Casey Prince, 39, of Cape Town, South Africa, met the adventurer five years ago, when Chau traveled with members of the Oral Roberts soccer team to volunteer at a soccer development and social leadership program that Prince founded, Ubuntu Football Academy.

Since then, Chau had been back to visit Prince and his family or tutor and coach boys in the program about four times. Most recently, he was there from mid-September to mid-October, Prince said.

Prince described Chau as easy to like, kind, joyful and driven by twin passions: a love of the outdoors and fervent Christianity.

"He was an explorer at heart," Prince said. "He loved creation and being out in it, I think having probably found and connected with God that way, and deeply so."

Prince declined to discuss what Chau had told him about his plans for traveling in India or the islands, saying he wanted to focus on Chau's legacy. But he said Chau accepted the dangers that came with his adventures.

"If he was taking a risk, he was very aware of it," Prince said.

In a Q&A for the wilderness adventure website the Outbound Collective, Chau said he first fell in love with the outdoors as a child, when he read books like "Robinson Crusoe" and "The Sign of the Beaver," a tale of a white boy who befriends a Native American boy after being abandoned in a cabin in 18th century Maine.

The latter book "inspired my brother and I to paint our faces with wild blackberry juice and tramp through our backyard with bows and spears we created from sticks," Chau said. "Since then, the outdoors have been my home."

Alex Burgdorfer, who lives in Eugene, Oregon, said he met Chau last year when the two went through a recertification course for wilderness first responders. The two hit it off because of their mutual interest in travel and hiking and had recently been trying to get together for a hiking trip in the Northwest.

"He was an inspiration for me," he said. "His energy was pure. He gave you his full attention and his full thoughts."

During the wilderness first-aid course, Burgdorfer recalled, Chau gave a short talk about treating snake bites in the wilderness, telling the group of his experience getting bitten by a rattlesnake and almost losing his leg.

It happened during one of the three seasons Chau lived alone in a cabin at Whiskeytown National Recreation Area in California, where he would be dispatched to wilderness emergencies. Burgdorfer said Chau had been standing near a river when he was bitten on the left ankle. Chau's Instagram feed displays his grotesquely swollen leg and says he spent several days in a hospital.

Chau had worked for the past two years leading backpacking trips to Mount Adams in southwest Washington state for incoming students at Reed College in Portland, Oregon, boss Will Symms said.

"He was always a great person to hang out and talk to," Symms said. "He loved traveling and showing people the wonder of the things all around."