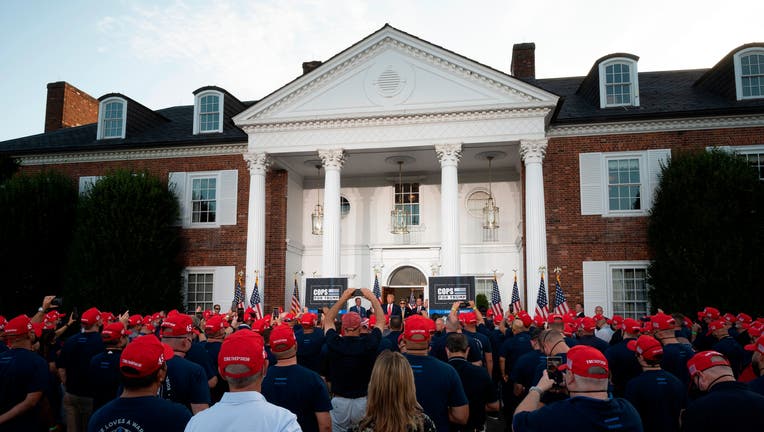 A crowd of people wearing MAGA hats listen to US President Donald Trump deliver remarks to the City of New York Police Benevolent Association at the Trump National Golf Club in Bedminster, NJ, on August 14, 2020. (Photo by JIM WATSON / AFP) (Photo by

The F-15 fighter and MH-6 helicopter were deployed after the pilot of a single-engine RV-7 failed to respond to radio communication while entering the temporary no-flight zone around 1 p.m., NORAD spokesman Cameron Hillier told the Bridgewater Courier News.

The military aircraft fired flares to get the pilot’s attention and made radio contact before escorting it to a nearby airport, Hillier said.

He said the Secret Service will decide whether to charge the pilot.

Trump arrived at his Trump National Golf Club in Bedminster on Friday and gave a speech to New York City’s largest police union ahead of its endorsement. He delivered remarks about the coronavirus response from the country club on Saturday.

"The President was not in danger and the security of the complex was maintained throughout," the Secret Service said in a statement following the incident.