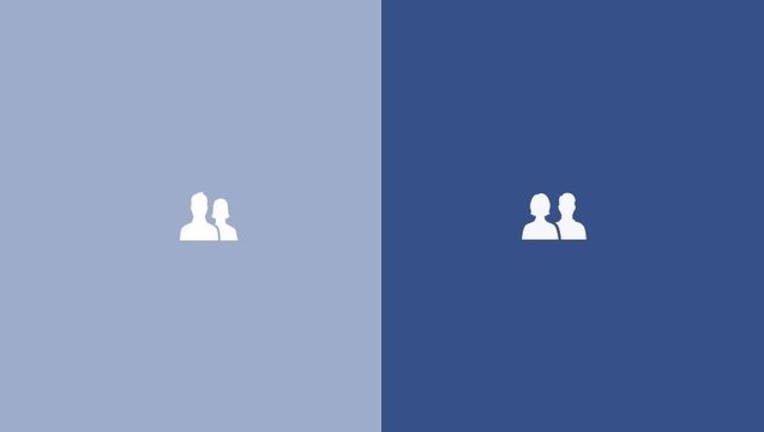 But in terms of gender equality, Facebook’s new look is making a big statement.

The “Friends” icon, in the upper right corner of the page, has long featured a male silhouette in front of a smaller female one. The new icon now shows the woman in front of the man, and the two silhouettes are the same size. Similarly, the new “Groups” icon now depicts a woman between two men. Before, a man was in the center, between another man and a woman.

Facebook design manager Caitlin Winner revealed the changes in a Medium post. She wrote that she noticed gender discrepancies in the “glyph kit” when saw that the male icon was symmetrical but the woman had a chip in her shoulder. The chip was the spot where the man was placed in front of the woman in the “Friends” icon.

“The lady icon needed a shoulder, so I drew it in — and so began my many month descent into the rabbit hole of icon design,” Winner wrote in the post.

She updated the woman’s and man’s hair, as well. The biggest change, though, is the more prominent placement of women in the “Friends” and “Groups” icons. It was a design choice because placing the icons next to each other was confusing, Winner said.

Winner was nervous about updating the glyphs and kind of expected to get in trouble. But that did not happen, she said.

“Instead, and somewhat magically, the new icons began to appear in new products across the company and our many platforms,” she wrote.

The changes have been implemented on Facebook platforms around the world, she said.

This is just the latest subtle design update for Facebook, which tweaked its logo with little fanfare in July. However, this change may seen as be a step in the right direction for a company that has been criticized for not hiring more women.

A 2014 company diversity report, Facebook’s first, showed that 69 percent of its global work force was male. The gender divide is even greater among global tech and senior-level employees, who were 85 percent and 77 percent male, respectively.

“As these numbers show, we have more work to do — a lot more,” Maxine Williams, Facebook’s global head of diversity, said in a statement at the time.

The company’s 2015 report revealed little progress. Among global employees, 68 percent are male. In tech and senior leadership positions, the divide is similar, with 84 percent and 77 percent male, respectively.