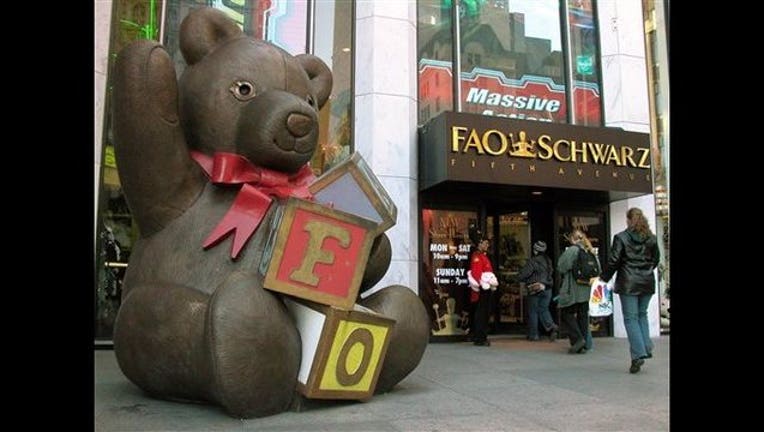 NEW YORK (AP) — Tom Hanks danced on a large floor piano there in the movie "Big." Multitudes of children wandered through the aisles, wide-eyed with delight at the giant stuffed animals and other toys. And a fair number of parents winced at some of the price tags.

Owner Toys R Us announced the decision in May, citing the high and rising costs of running the 45,000-square-foot retail space on pricey Fifth Avenue. Though the flagship store is closing its doors for good, it may reopen elsewhere in midtown Manhattan.

FAO Schwarz says it is the oldest toy store in the U.S., with a New York City location since 1870. Reported celeb sightings — Kim Kardashian and Kanye West before they were parents! Moms Angelina Jolie, Britney Spears and Victoria Beckham! — have helped fuel the fantasy since the flagship store opened in 1986.

"The baby department at FAO Schwarz is the ultimate destination when luxury shopping for little ones," the store's online fact sheet advised.

The store was featured in several movies, including "Big," where Tom Hanks danced on its floor piano (signage called it The Big Piano.)

Nick Jonas stopped by and hopped around the piano in December while singing "Jealous."

Toys R Us of Wayne, New Jersey, has been privately held since 2005. It bought the FAO Schwarz brand in 2009.