Wildfires have destroyed the research center and the condor release pen. Caitlin Conrad reports from KSBW

SAN JOSE, Calif. - A California wildfire has destroyed a sanctuary for the endangered California condor and the fates of several condors, including a chick, remain unknown.

A blaze began last Wednesday in Los Padres National Forest northwest of Los Angeles. By Friday, it had destroyed the 80-acre sanctuary in Big Sur that since 1997 has been used to release captive-bred condors into the wild, the San Jose Mercury News reported.

The sanctuary lost pens, a research building and other facilities. The nonprofit Ventana Wildlife Society of Monterey, which ran the facility, was seeking $500,000 in donations to rebuild it.

There weren’t any people or condors at the facility when it burned, society Executive Director Kelly Sorenson told the Mercury News.

However, at least four condors in the area are unaccounted for. One is a 4-month-old condor chick named Iniko that was living in a nest in a redwood tree about a mile from the facility. The chick was too young to fly. 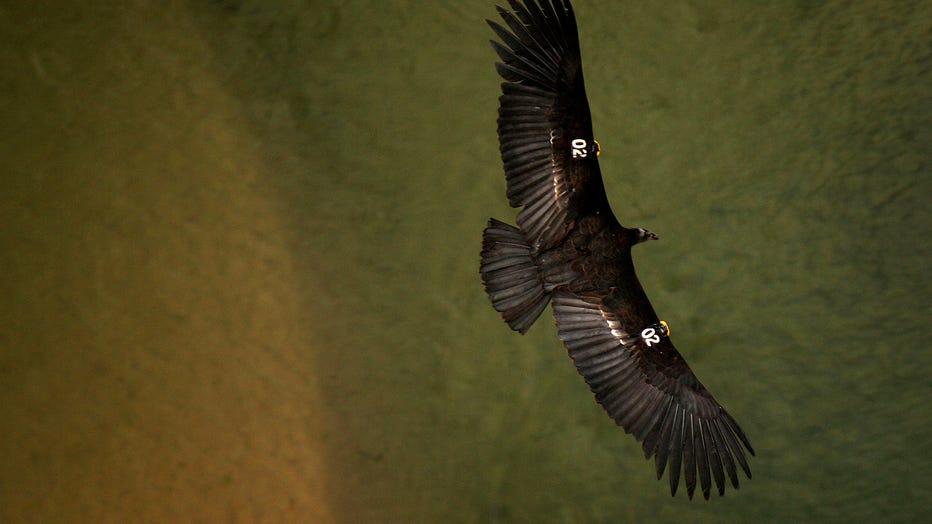 The parents flew away as the fire approached but Sorenson said the remote camera that monitored the nest was destroyed on Thursday as he and his family watched from home.

“We were horrified. It was hard to watch. We still don’t know if the chick survived, or how well the free-flying birds have done,” he said. “I’m concerned we may have lost some condors. Any loss is a setback. I’m trying to keep the faith and keep hopeful.”

The so-called Dolan Fire is one of hundreds of wildfires that have killed at least seven people, burned nearly 1,300 homes and other buildings, and prompted evacuation orders that still affect an estimated 170,000 people.

One man was arrested on suspicion of arson in connection with the blaze.

“The redwoods they nest in provide good protection,” he said.

The California condor is the largest North American land bird, with a wingspan of up to 9 feet.

In the early 1980s, all 22 condors remaining in the wild were trapped and brought into a captive-breeding program that began releasing the giant vultures into Southern California’s Los Padres National Forest in 1992.

That flock has been expanding its range while other condors now occupy parts of California’s Central Coast, Arizona, Utah and Baja California, Mexico. There are more than 100 birds in central California. The total wild population now numbers about 340 birds.